The program was implemented by former Liberal government, with three-year test run in Thunder Bay, Hamilton and Lindsay.
Jul 31, 2018 5:13 PM By: Matt Vis 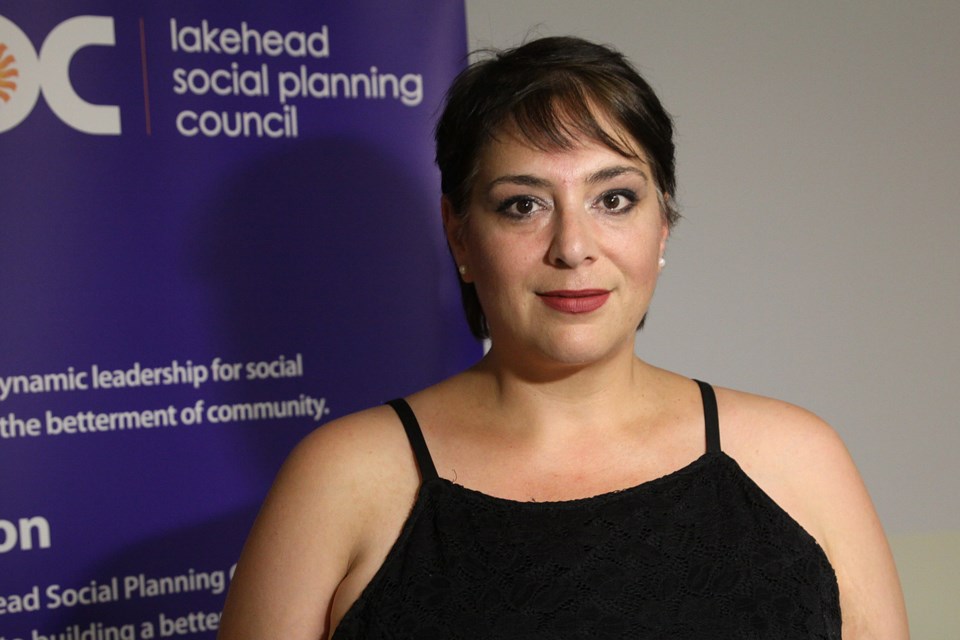 Bonnie Krysowaty, social researcher for the Lakehead Social Planning Council, said the announcement by the Progressive Conservative government on Tuesday, July 31, 2018 to cut the basic income pilot project is detrimental to those receiving the supplement and expecting it for the duration of the three-year pilot project. (Matt Vis, tbnewswatch.com)

The new provincial government will eliminate the basic income pilot project, which had been using Thunder Bay as one if its test locations.

Lisa MacLeod, the minister of children, community and social services, on Tuesday announced the Progressive Conservative government will be “winding down” the project, a three-year pilot introduced by the previous Liberal government.

The program, which was being tested in Thunder Bay, Hamilton and Lindsay, would have resulted in eligible participants selected to receive up to $16,989 per year for a single person and up to $24,027 per year for a couple, less 50 per cent of any earned income. Individuals living with a disability were receiving an additional $6,000 per year.

The pilot was looking for 1,000 people in the Thunder Bay area, with a total of 4,000 in Ontario. The first cheques for the program were distributed last August and the application window was open until this past April.

MacLeod, who said the project was “clearly not the answer for Ontario families,” did not provide specific details about how or when the program will be cancelled.

“The amount it was costing the province of Ontario and the impact it was having, it was certainly not going to be sustainable,” MacLeod said at a Queen's Park news conference announcing the government's plans to reform social assistance.

“We feel that there is a better way to proceed.”

“It was definitely beneficial for them. Of course, being lifted out of poverty you can imagine the benefits to an individual or their family what they would be,” Krysowaty said.

“To see people’s incomes being cut as well, it’s not just sad but it’s also detrimental to those individuals who were expecting to receive that income for the entire project.”

MacLeod announced that Ontario Works and Ontario Disability Support Program recipients would receive a 1.5 per increase to their rates and gave the government a 100-day deadline to come forward with an overhauled social assistance program.

That raise represents just half of what the previous Liberal government committed to invest during their final budget.

Krysowaty said a 1.5 per cent increase in the place of the program is “not acceptable.”

“The basic income pilot project is meant to investigate what happens when we actually give people a living wage. Enough money to pay all their bills and to life successfully and happily,” Krysowaty said.

“Scrapping that program and investigating raises in social assistance is not the solution. We know that social assistance rates would have to be raised by about 40 per cent to really equate to what today’s standards are for income.”