A new source of Lyme disease has one scientist warning that it's even more important to take precautions now that tick season has started in northwestern Ontario.
May 2, 2017 11:42 AM By: Gary Rinne 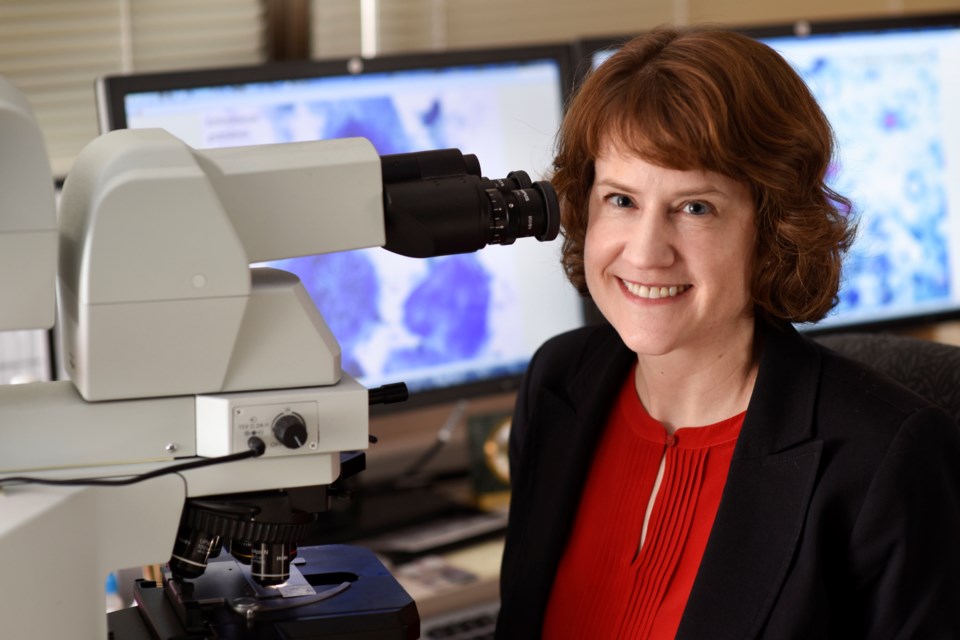 THUNDER BAY -- The 2017 tick season has started in northwestern Ontario with the risk that if one of the insects latches on to you, you can get Lyme disease from not just one but from either of two species of bacteria the insect may be infected with.

Last year a team of researchers at Mayo Clinic in Rochester, Minnesota—in collaboration with the U.S. Centers for Disease Control and health officials in Minnesota, Wisconsin and North Dakota—reported the discovery of a new bacteria that causes the debilitating disease.

Prior to this finding, the only species known to be the source of the disease was B.burgdorferi.

The new culprit is B.mayonii (named after the brothers who founded the Mayo Clinic.)

The species was discovered in six out of 9,000 blood samples from residents of the three northern states who were suspected to have Lyme disease. Lab tests showed that the bacteria they were infected with were genetically distinct from B.burgdorferi.

Suspected exposure sites for the patients are in north-central Minnesota and western Wisconsin, but scientists say it is likely that infected blacklegged ticks (also known as deer ticks) can be found throughout both states.

Researchers have noted some differences in the symptoms of the Lyme disease brought on by the new bacteria. As with B.burgdorferi, B.mayonii may cause fever, headaches, a rash and neck pain soon after exposure, followed by arthritis weeks later. However, unlike B.burgdorferi, it is also associated with nausea and vomiting, diffuse rashes rather than a distinct bullseye-shaped rash, and a higher concentration of bacteria in the blood.

Dr. Bobbi Pritt, head of the Clinical Parasitology Laboratory at Mayo Clinic, says that "it would be very valuable to see if (the range for the new bacteria) also extends up into Canada...I do know that there are some folks who are actively investigating this."

Pritt said the Minnesota locations where the infected ticks originated "are pretty close to the Canadian border," so she would not be surprised if there are ticks in northwestern Ontario infected with B.mayonii.

Ticks captured in the Thunder Bay area are typically sent to the National Microbiology Lab in Winnipeg, where scientists look for diseases posing a threat to humans.

Pritt feels the difference in the symptoms caused by the two bacteria is important to recognize "because we've all trained our physicians and our patients to look for that bullseye rash, and I'm concerned that if physicians don't see that rash, they may not think about Lyme disease."

She also noted that nausea and vomiting caused by B.mayonii could lead to a misdiagnosis that "you ate something bad at the church picnic or whatever."

Pritt added that several of the patients who were infected by the new form of bacteria ended up being hospitalized. Everyone recovered, she said, but there are concerns that B.mayonii may cause a more severe form of Lyme disease.

She is continuing her research and is interested in learning more about the incidence of B.mayonii-related infections. "We are trying to increase testing so that more people get tested for B.mayoniij, and we can really better understand what the disease is like with this infection."

In the interim, Pritt feels the discovery of a second carrier makes it more important than ever for people to protect themselves from blacklegged ticks.

The insects become active in the bush when the temperature rises to over 4 C.  Ken Deacon, a bio-consultant working for the Thunder Bay District Health Unit, said a few ticks have already been submitted to the health unit for testing this spring.

Asked if the recent ice-storm might have set back the insects' progress, Deacon said he "can't imagine how a tick would be happy encased in ice," but added "they are amazing creatures, and if they could grin, they would probably just grin and bear it...they are extremely hardy."