OP-ED: A great Canadian comeback story ready to be told 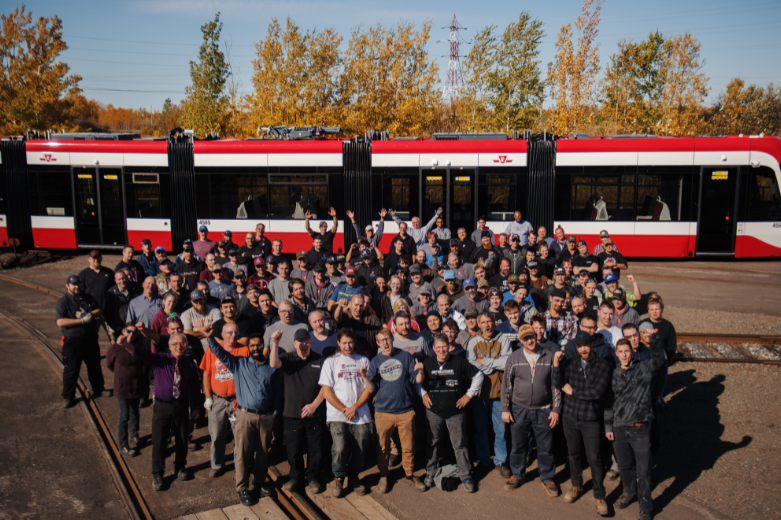 THUNDER BAY -- Who doesn’t love a good comeback story? Whether it’s about a down-and-out athlete who sustained an injury but is back out on the ice, an overlooked actor who turns in the performance of a lifetime, or even a local company that finally hits its stride, we all like knowing that any struggle in life can be navigated successfully.

Our comeback story involves overcoming early challenges in delivering the new streetcars that are now crisscrossing downtown Toronto. These trains are custom-built in Thunder Bay and Kingston, Ontario. They are specifically designed to handle our icy, wind-swept winters. They provide all passengers —including mobility-impaired customers and families with children in strollers—with a great ride.  And, their increased capacity is helping the city meet its growing mobility demands in a sustainable manner.

The opening chapters of this story have been well documented. Bombardier undertook the Toronto streetcar project amid a major investment cycle in its aerospace business. We started building the trains while in the middle of an aggressive company-wide turnaround. It proved to be too much.  Our journey was not smooth. We hit some major bumps in the road, faced delays on delivery, and took a lot of well-deserved criticism.

Less well known is how Bombardier has recovered, how we have fixed our issues, and how we have returned to a reliable schedule of delivering high-performing trains.

Anyone in our industry can tell you that once you fall behind on a project like this, recovery is nearly impossible. But we did it. We never lost sight of the promises we made, and our people and our pride compelled us to persevere—and to deliver.

The Toronto Transit Commission recently praised our recovery at their September Board meeting. Rider feedback has been overwhelmingly positive. Our shiny new cars are even prominently displayed on much of the city’s new marketing materials. And, we couldn’t be more proud.

We think this is a story that Canadians want and need to hear. Sadly, it’s also a story that remains untold with local media still focused exclusively on the past challenges. This is part of a larger trend. Negative reporting (especially about large businesses) is one of the defining features of our time. Some believe this negative bias is just an occupational hazard, something endemic to how newspapers function. After all, there’s a reason for the old journalism expression, “if it bleeds, it leads.”

Moreover, a recent study published in the National Academy of Sciences of the United States involving more than 1,000 people across 17 countries, including Canada, concluded that, on average, people pay more attention to negative news than to positive news. As the LA Times reports: “Human bias toward negative news might be a large part of what drives negative news coverage.” Another study showed that newsstand magazine sales increased by roughly 30 per cent when the cover was negative rather than positive. But maybe it is time to rethink this negative bias. Maybe there’s a market for positive news, too.

Research has also shown that readers’ behaviour on social media is starkly and fundamentally different than with traditional media. On social media, positive stories and materials appear to be selected, shared, and forwarded at much higher rates than negative material. People seem to want to be associated with positive stories, and they know other people also want to hear good news. When “trolling behaviour” interrupts these positive interactions, it’s usually called out and shamed.

The best news organizations listen to their readers. If more people speak up about being tired of the negative bias, in letters to the editor, social media, and the comment sections, things might change. Forward-looking news organizations, who have already integrated social media features into their online platforms, might be encouraged to shift away from their emphasis on the bad part of the news.

For those organizations looking for a good place to start, I suggest looking at our Toronto Streetcar recovery story.

Here’s the set-up:  Large-scale infrastructure programs rarely follow their original timelines. Unforeseen technical issues often arise and frustrate, especially when developing new technology to replace the old. Delivering new vehicles that are better, faster, more efficient and more reliable is much harder than simply sticking with old models; innovation and improvement do not come without risk. When challenges arose in Toronto, dedicated Bombardier employees took the necessary actions to recover and deliver -- a comeback story made possible by real people, with real families, real hopes, and real skills.

We certainly think it is a compelling story and are confident others will agree once they hear about.