The detachment has not been used as a reporting station for years.
Aug 5, 2020 10:40 AM By: TbNewsWatch.com Staff 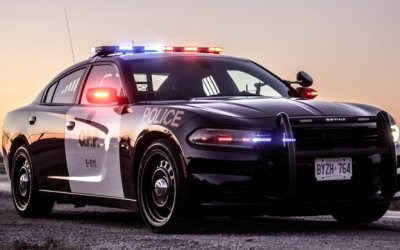 FORT FRANCES, Ont. — Ontario Provincial Police have announced the official closure of their detachment on Highway 11 in Emo, 34 kilometres west of Fort Frances.

The detachment building, which OPP leased, reverted to the Township of Emo today.

A police spokesperson said the closure will have no impact on the level of service OPP provide to the Emo area, because in recent years service has been provided by officers working out of Fort Frances and Rainy River.

Acting Sergeant Jim Davis said the building in Emo was no longer used as a reporting station or to lodge prisoners, and essentially only contained a computer for use by officers during brief stopovers.

Emo Mayor Harold McQuaker said he has no issues with the closure.

"There's no problems, it's no concern...They operate out of Fort Frances, and their new building is ready, I think, this fall. Everything's good," McQuaker said.

He added that officers based in Fort Frances are only 20 minutes away, and patrol the Emo area regularly.

McQuaker said the township has plans to use the OPP building for another purpose, but he is not ready yet to discuss the details.