Co-chair Rick Lang said they've been in daily contact with Curling Canada, which is exploring all of its options to host the country's major curling championships in 2021.
Sep 15, 2020 12:15 PM By: Leith Dunick 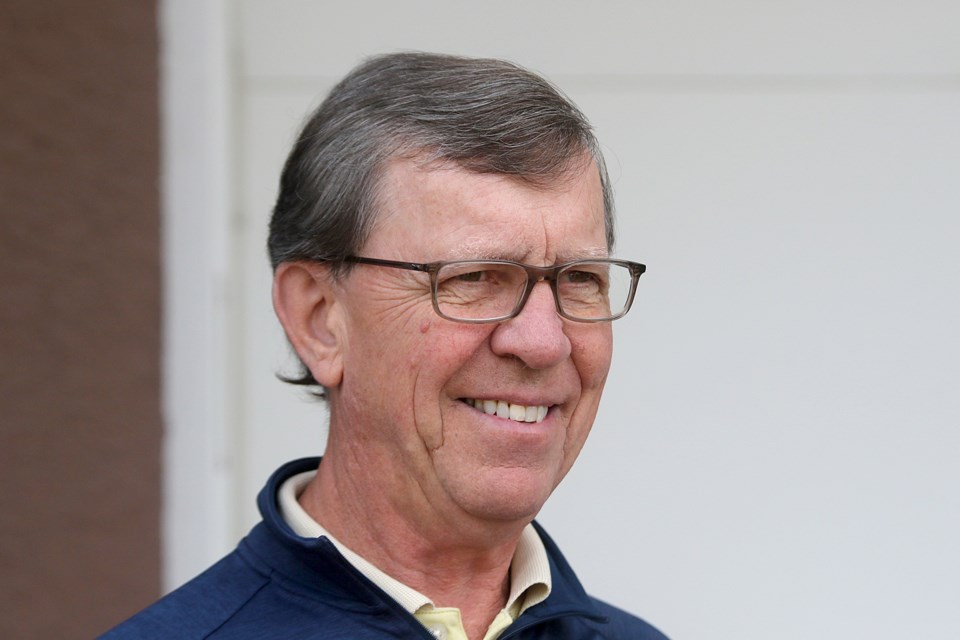 Rick Lang, co-chair of the 2021 Thunder Bay Scotties Tournament of Hearts organizing committee, on Monday, Sept. 14, 2020 says he expects to have an answer from Curling Canada by the end of the month on the city's status for hosting next year's event. (Leith Dunick, tbnewswatch.com)

THUNDER BAY – Rick Lang says the local organizing committee expects to get word by month’s end if the Scotties Tournament of Hearts will go ahead as planned in February at Fort William Gardens.

With the possibility of an event being held without fans in the stands because of COVID-19 restrictions and player and volunteer safety, the co-chair of the local organizing committee said it might be best for Curling Canada to look at other options for 2021 and consider postponing Thunder Bay’s hosting bid by a year and bring it back in 2022.

The governing body for the sport in the country last week cancelled six national championships, including the juniors, but reserved decision on several others, including both the Scotties Tournament of Hearts and the Tim Hortons Brier.

“We’re in touch with Curling Canada on a daily basis. They’re exploring all the possibilities. They won’t have a final answer. We hope to have one in the next couple of weeks,” Lang said.

“Of course they really hoped to have a full event here in Thunder Bay. They knew the ticket sales were great and they knew it was going to be a really exciting event. They still want to come here. But the COVID pandemic has thrown a real wrench into all that, of course,” Lang said.

“So they’re looking at other possibilities – a partial event, which we’re not really excited about, partial being partial attendance. We know we can do way better than that here. So we’re hoping to have a full event here when it does come.”

Lang said Curling Canada might go the National Hockey League route, and hold the event inside a tightly controlled bubble as a way to minimize the risk for players, who come from all corners of the country, including inside the still-in-place Atlantic Bubble.

“They’ve been in touch with the NHL about how to do that. If it is that type of event, we’ve been advocating strongly to hold it here in 2022, in late January that year, because it’s an Olympic year,” Lang said.

“We think that would be the next best option and would keep Thunder Bay excited about the event.”

Lang said Curling Canada has been surveying high-performance teams, including Sault Ste. Marie’s Brad Jacobs and Thunder Bay’s Krista McCarville rinks, to get feedback from a players’ perspective on how they would like the championships to be staged.

“It’s a real personal decision,” said Lang, who coaches both teams. “A lot of these people have employment or families they’d be coming back to after travel. But a lot of the teams really want to play. They want to play safely and they’re willing to do so, especially in a safe setting. It think that will enable (Curling Canada) to pull off our national championships.”