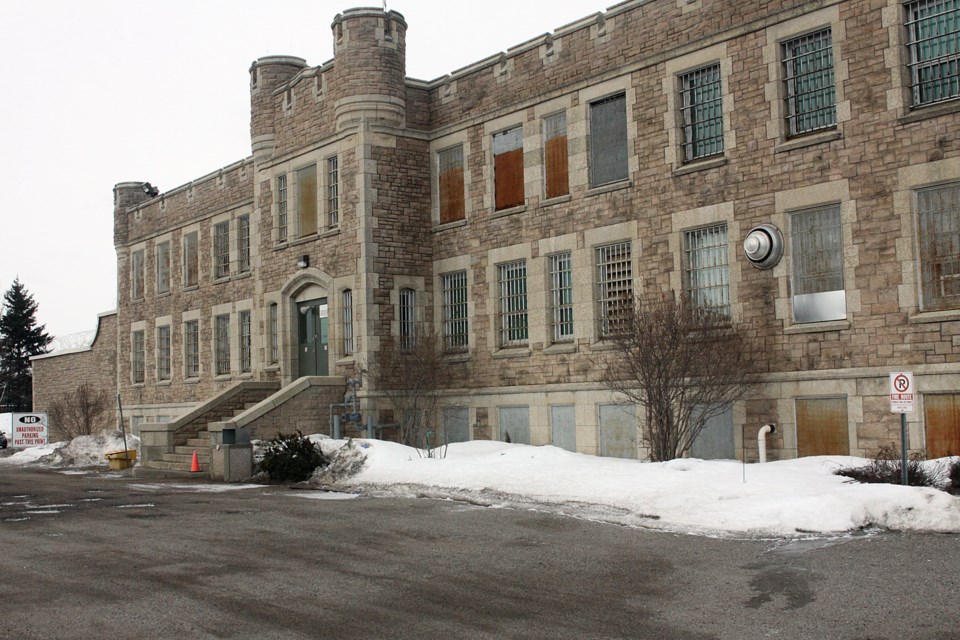 THUNDER BAY — Guards at the Thunder Bay District Jail hope a visit next week by Ontario's deputy solicitor-general will draw attention to the community's growing problem with southern Ontario gangs.

Data supplied by Thunder Bay Police shows they arrested or identified 93 confirmed or suspected gang members and gang associates from the Toronto and Ottawa areas in the first 10 months of 2019 alone.

The Ontario Public Service Employees Union says the District Jail has recently housed up to 60 gang members at one time.

On Wednesday, Bill Hayes, acting president of OPSEU Local 737, estimated there were 40 to 50 of these inmates in custody at the jail.

Describing it as a "dangerous demographic," Hayes said the situation has worsened over the last couple of years.

"It's an increasing number of people that we're just not used to. We used to be able to rotate offenders through units, but a lot of these guys are encroaching on the drug trade up here, so they don't get along with the locals and have to be housed separately," Hayes told tbnewswatch.com.

He explained that the jail is divided into a variety of units, some designated for the general population and some for protective custody.

"In the general population, we have a unit of seven cells and two units of nine cells, and they're about triple-bunked, for an average of about 20 people per unit...When we mix these populations together there's a lot more violence."

Hayes calculated that there have been upwards of 100 violent incidents in the jail over the past year, twice the rate of the previous year.

Gangs, he said, "are calling the shots on the streets. The people they're dealing with on the streets come into the jail, and there's hits put out on other offenders that owe money or are selling drugs in the wrong territory."

Hayes said finding cells to keep these individuals apart from each other is difficult.

"We have different factions of Toronto gangs coming up here, who are trying to encroach on each other's territory, and when they are brought to jail we can't put them together with the other Toronto people, so they have to go to a different part of the jail or go to segregation."

OPSEU believes repeated remands for inmates is exacerbating the problem.

Hayes said "It used to be that four or five would be arrested, we'd have them and then they'd get out, but now they've taken over a whole block of our institution, and others in protective custody. And we have guys that hide out in segregation for their safety."

Efforts are being made within the corrections and justice systems, he said, to transfer inmates with longer remand dates to other Ontario institutions

"We're constantly working together to try to move bodies out of here to create space. A lot of time, their court cases will go on for a year or two years. What we're running into is the courts keep remanding them every couple of weeks, so we can't get them out of Thunder Bay," Hayes said.

He said if inmates are going to be in custody for six months, longer remands can facilitate their transfer to a place such as the Central North Correctional Centre in Penitanguishene, which has more size and space.

The Thunder Bay District Jail is designed to accommodate 147 inmates.

On Wednesday it held 170, and Hayes expected 20 more would be added on the upcoming weekend.

"It never gets to normal here," he said.

Correctional officers want to discuss the overcrowding and gangs issues with senior bureaucrats who are expected to tour the jail next week.

Hayes said he hopes the bureaucrats get a good understanding of the conditions that jail staff and inmates are struggling with, and that this leads to "tools to help us."

In April 2019, the province reaffirmed a previous government commitment to build a new correctional facility combining the district jail and the Thunder Bay Correctional Centre.

The opposition NDP last week criticized the government for delaying the project beyond the original timeline.

The ministry of the solicitor general replied that large infrastructure projects such as jails "are not built overnight."

It said the government is in the final stages of approving a short list of qualified proponents, who will then be provided with a request for proposals.

No construction date has as yet been established.