Sharon and Kevin Sidlar say the facility is an indoor oasis used by many to escape winter and marvel in the beauty found within its glass walls.
Jan 29, 2020 9:50 AM By: Leith Dunick 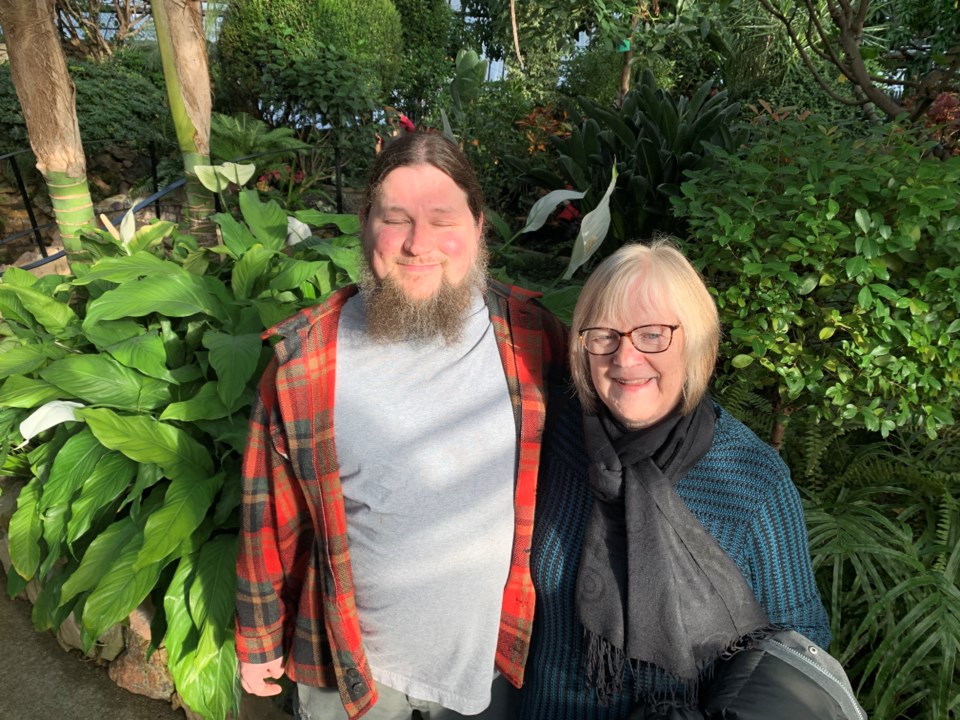 Kevin and Sharon Sidlar are both regular users of the Thunder Bay Centennial Botanical Conservatory and are members of the Friends of the Conseravtory board of directors. (Leith Dunick, tbnewswatch.com)

THUNDER BAY – Kevin Sidlar says he’d have a tough time getting through the cold winter months if the Thunder Bay Centennial Botanical Conservatory was closed.

He regularly visits the indoor oasis to get back in touch with the greenery that disappears when the snow falls on the city, and urged city council not to consider shutting it down, an option being presented to them after tasking city administration to find ways they might be able to save $2 million.

Sidlar is a member of the board of directors with the Friends of the Conservatory, a group dedicated to preserving the facility, which opened in 1967 as part of the country’s 100th anniversary celebration.

On Tuesday he asked council to show a little faith in the facility, which in 2012 and 2013 was closed because of falling glass.

At the time there were some calling for its permanent closure.

Just three years ago it was determined the facility needed about $2 million in repairs, but the city was turned down when it applied for Canada 150 funding.

Administration said closing the Conservatory would save about $157,000 annually.

It’s worth much more than that to the community, he said.

“We believe this is a facility that we just can’t lose,” Kevin Sidlar said. “It’s such a crucial part of making winter survivable here. It’s so beautiful. It’s an indoor park that you can go to any day of the year and get some humid air and a little piece of beautiful nature.

He added he’s hopeful council can find other ways to enact the cuts they are seeking to make during this year’s budget process, which began with a proposed 3.17 per cent tax-levy hike over the 2019 total.

“Instead of looking for cuts, why not look into repairs?” Kevin Sidlar said.

His mother Sharon, also a Friends of the Conservatory board member, said the amount of enthusiasm from the public upon hearing the facility could be slated for closure, she’s convinced it’s probably not going to happen.

“We’re really hoping we’ll be able to convince them to change their minds about the idea of looking at this for a potential cost savings,” Sharon Sidlar said.

She added it’s a wonderful indoor facility that’s open to all.

Administration on Tuesday presented a list of possible cuts that included an end to residential and sidewalk plowing on weekends, the closure of Jumbo Community Centre and the end to the Eye on the Street Program.

An ATV, a boat, and alcohol were a bad mix for a Hornepayne man
Sep 23, 2020 2:16 PM
Comments
We welcome your feedback and encourage you to share your thoughts. We ask that you be respectful of others and their points of view, refrain from personal attacks and stay on topic. To learn about our commenting policies and how we moderate, please read our Community Guidelines.
The latest on COVID-19 Local and global updates →