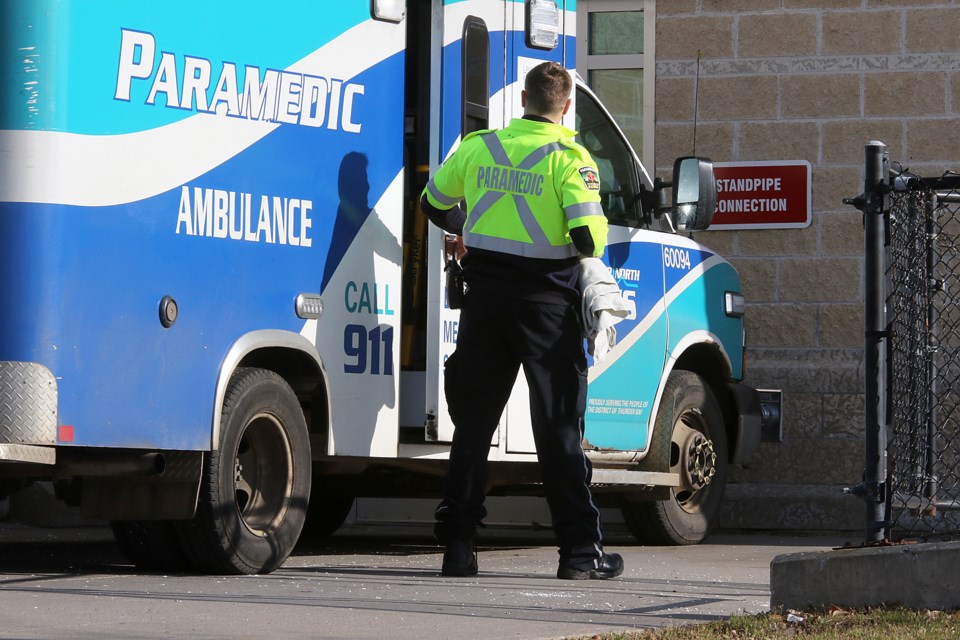 THUNDER BAY – A potential strike of paramedics with Superior North EMS has been averted after their union and the City of Thunder Bay reached a tentative deal on a new collective agreement Saturday.

Unifor made the announcement around 6 p.m., just hours ahead of a midnight strike deadline. Members of Local 39-11 had provided a strike mandate with a vote of over 99 per cent last month, the union said.

The new four-year agreement covers the 108 paramedics who work in the municipality of Thunder Bay (Superior North EMS also serves numerous communities throughout the district).

"While more work needs to be done, important gains were made to begin to close the gap between paramedics and other emergency service workers," said Local 39-11 unit chair Rob Moquin.

Members will vote on whether to ratify the tentative agreement “in the coming days,” Unifor said, adding no details of the collective agreement would be released until then.

Earlier in the day, Moquin had cited a city demand for paramedics to cover what the union called managerial work as one of the few remaining stumbling blocks to a deal.