Paramedics threatened at knife-point while responding to call 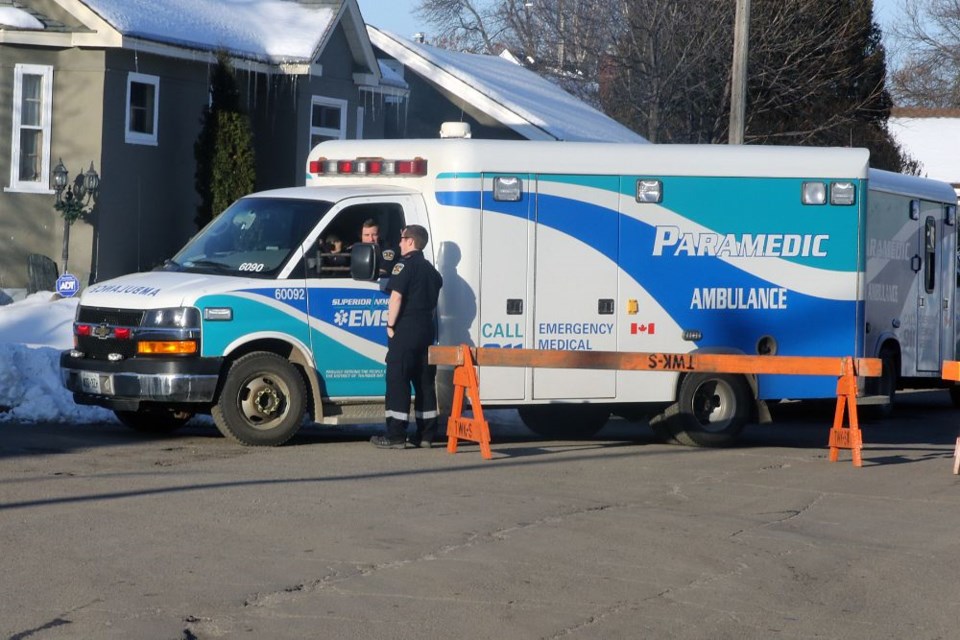 THUNDER BAY – Paramedics responding to a possible domestic assault and drug overdose found themselves threatened by a man brandishing a knife.

A Superior North EMS ambulance crew was responding to an address after receiving a 911 call on Friday when upon arrival they were invited inside a residence by a man concerned for the well-being of his wife, only for him to wield a weapon, Unifor Local 229 unit chair Rob Moquin said.

The paramedics, who were first on scene, were told to proceed with caution while awaiting police response.

“The crew was able to talk their way out of the residence, at the same time pushing their emergency warning systems to our dispatch,” Moquin said.

That emergency warning system, similar to a panic button, alerted dispatch that the crew was in danger.

Moquin said police officers responded within minutes and brought the man into custody.

While encountering individuals wielding weapons against them is rare, Moquin said it’s becoming increasingly common for Thunder Bay paramedics to deal with hostility while in the field.

“I think we’re experiencing this to some level almost on a daily basis. Crews are being met with some form of aggression or intimidation far too often and (Friday) that escalated to somebody pulling an edged weapon on them,” Moquin said.

While the paramedics were given instructions to respond with caution, Moquin said it’s difficult to attend a potentially life threatening call and not want to act as quickly as possible.

“It’s a major concern that if we are responding to somebody that’s suffering an overdose of one of those horrible drugs that often someone’s life is at risk and they want to get inside and give care appropriately and as fast as they can,” Moquin said.

“There’s not much that we have in place as far as safety measures. We have explored the bullet proof and stab proof vest with our employer and we’re hoping they’ll see these risks are real and hopefully they can explore costing and outfitting us with these vests.”

Officials with the Thunder Bay Police Service said the case remains under investigation.