Anne Ayotte says tweet was taken out of context and was not racist in nature, but understands why she was removed from the campaign.
May 15, 2018 3:52 PM By: Leith Dunick 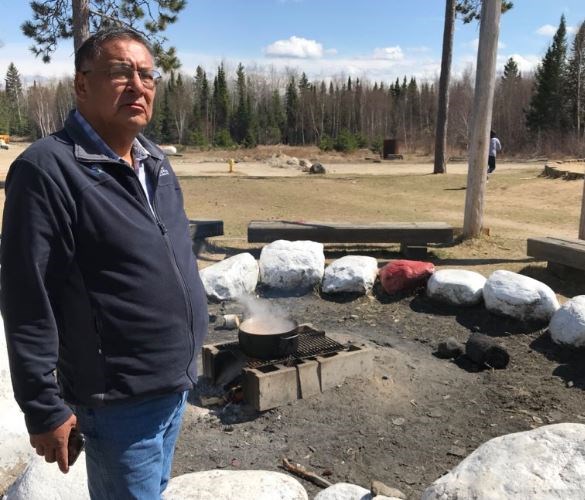 Clifford Bull is the Progressive Conservative candidate in Kiiwetinoong. (Twitter)

KENORA – The Progressive Conservative candidate in the new Northern Ontario riding of Kiiwetinoong has fired his campaign manager for alleged anti-Muslim statements published on her Twitter account.

Anne Ayotte posted a tweet that appears to suggest fundamentalist followers of the religion need to be eradicated.

“Islamism is not a true religion, it is a fraud being perpetuated on the world. They must be eradicated otherwise they will eradicate us.”

She acknowledged the tweet was hers, but said the words were taken out of context.

Clifford Bull, the PC candidate, was quick to distance himself from the statement.

“I was surprised and disappointed to learn about a comment made on social media by an individual on my campaign team,” Bull said in a Twitter message.

“Upon review of the comment, we immediately decided to part ways with this individual. The Ontario PC Party is a big tent that welcomes Ontarians of all faiths and backgrounds. There is no place for disrespectful or hateful comments in our party.”

Ayotte said the tweet was a reply to a post by Tarek Fatah, a prominent author and columnist and founder of the Muslim Canadian Congress, who has been described as a critic of radical Islam. In the original post, Fatah was providing his commentary on an article that he claimed was defending "Islamic 'pleasure marriage'" and instead called it "thinly designed cover for prostitution."

That response was meant to agree with Fatah's position, Ayotte said.

"You pull that by itself and it's a completely dreadful, hateful statement but that's not what it was," Ayotte said.

Ayotte described the situation as heartbreaking for both her and Bull and said she understood his decision to remove her from the campaign.