Physicians lobby government for exemption to use ‘magic mushrooms’

Five physicians in the Northwest are requesting an exemption to use ‘magic mushrooms’ for experiential training in order to help guide terminally ill patients using the treatment
Oct 14, 2020 5:34 PM By: Doug Diaczuk 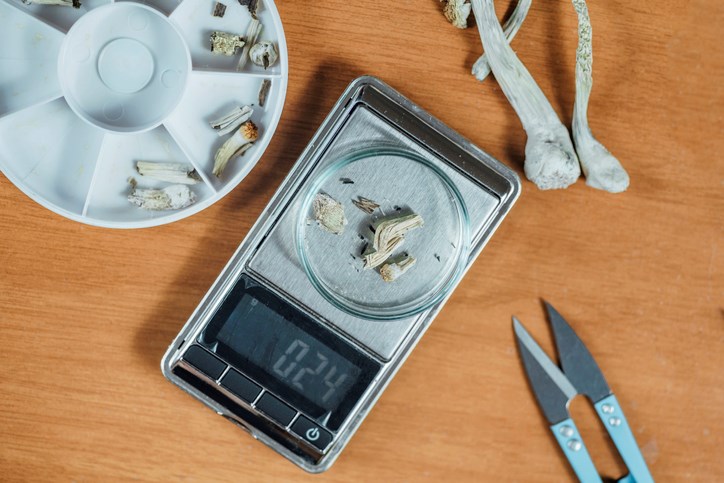 Several doctors in the Northwest are lobbying the government to allow them access to psilocybin in order to more effectively deliver treatments to patients with a terminal illness.

Dr. Ryan Patchett-Marble, a physician in Marathon, is among five doctors across the Northwest joining 24 others nationwide requesting an exemption to Section 56 of the Controlled Drugs and Substances Act, so they can use psilocybin for experiential training.

“The reason I think it’s important for physicians or therapists themselves to have experiential training, this is not like when I prescribe antibiotics for an ear-tract infection, I don’t need experience with the antibiotic, this is prescribing,” he said. “This is more akin to a guide. You want the guide to have personal experience in what they are guiding you in.”

Several studies conducted in the United States have found treating terminally ill patients with psilocybin can have a significant impact on the mental health of an individual.

“The results are quite impressive. They have showed consistently an immediate, substantial, and sustained benefit after one to two treatments in people at the end of life,” Patchett-Marble said.

“The benefits in the quality of life, demoralization, fear of death, spirituality, all these things were substantial and lasted for at least six months depending on the study.”

In August, the federal government began allowing patients with a terminal illness access to psilocybin through exemptions to the Controlled Drugs and Substances Act.

“These are patients that are dying,” said Minister of Health Patty Hajdu. “The psilocybin would be administered under controlled circumstances where there would be an understanding of safety protocols for the person who is using their medication. I think at the end of life, this government believes people should have choices in terms of their end of life process.”

While Patchett-Marble applauds Hajdu’s decision and sees it based on compassion and science, there is the question of how to roll it out.

“There are all these patients lined up to get it but there are very few people trained in how to provide it,” he said. “The way the training works is you have an experiential component where you actually take the mushrooms yourself so you experience what your patient will experience.”

Psilocybin can result in psychedelic effects for an individual, and when administered in a clinical setting or controlled environment it can create what Patchett-Marble said patients have described as a mystical experience.

This experience has helped those facing a terminal illness cope with the anxiety and stress, and prevented the disease and fear of death from completely controlling every aspect of their lives.

Because it does not affect dopamine levels in the brain, it is not considered addictive. However, there are short-term and long-term side effects, such as what is known as a ‘bad trip’ during treatment, or the development of psychosis.

But Patchett-Marble said if an experienced therapist or physician prepares patients and it is administered in a controlled environment, the chances of a bad trip are reduced significantly. Patients are also screened for a history of psychosis.

“It’s important to experience these non-ordinary states because without that it would be very difficult to guide patients,” Patchett-Marble said.

Hajdu said her ministry is reviewing the requests for exemptions for the physicians and is making sure there is a research component to those requests to get a better understanding of the outcomes.

“I am very interested in understanding how we will analyze the results of physicians taking psilocybin so we can actually get to the stated goal, which is understanding the affects on patients they will be using it for,” she said.

Patchett-Marble said he applied for the exemption after a terminally ill patient approached him about trying the treatment.

He hopes a decision will be made soon in order for physicians like himself to gain a better understanding of how to help patients with this kind of treatment.

“We are hoping to hear back this week,” he said. “Our patients are dying and we don’t have time to wait. We can’t just wait for months and months. We’ve been waiting for 100 days since the first physician applied. These patients are on a very tight timeline given their conditions.”