One player says he will avoid the game until the spring, while one of the locations hosting games hopes players will return after the self-isolation period.
Nov 20, 2020 7:05 PM By: Doug Diaczuk 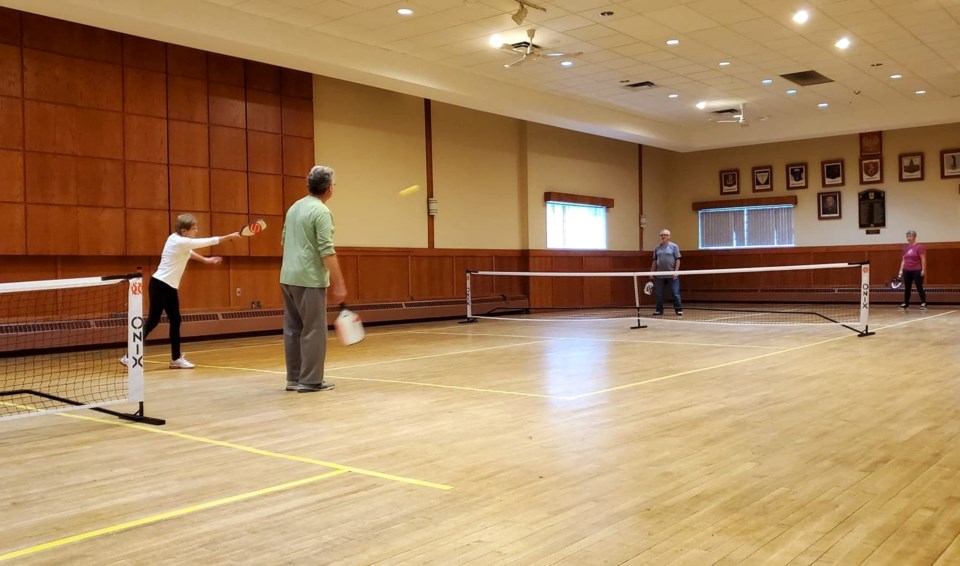 THUNDER BAY - A recent outbreak of COVID-19 in the city related to pickleball has some in the sporting community saying they will stay away from the game for the time being, while one of the court locations is hoping to see more members return in the coming weeks.

“It was a very big disappointment this happened,” said Toby Graveson, chair of the Thunder Bay Pickleball Association.

“But what can we really do. We have to move forward and hopefully figure out better ways of handling this in the future. Myself personally I probably won’t be playing the game again until the springtime or when a vaccine comes out.”

According to the Thunder Bay District Health Unit, several of the recent cases of COVID-19 reported are linked to pickleball games and as many as 200 people could have been exposed between Nov. 3 and Nov. 13.

“I know the one place I played at, there was cross over of members playing at one of the other locations,” Graveson said. “That could have helped the spread. If we stayed in our own little groups, we could have been better off, but that is just my opinion.”

In his own organization, Graveson said three of the seven members have tested positive COVID-19, while the others are feeling okay.

Graveson added that players followed all rules as closely as possible, though admits that everyone, himself included, could have done better.

“We all have a big issue now with playing the game. I tried to be as well aware of the rules as I could, but sometimes I was lax too,” he said.

While Graveson won’t be taking to the court anytime soon, Patrick Cross, the administrator at the Moose Hall, wants to ensure the public knows that the space is perfectly safe and hopes people will return.

“My concern for the Moose is that yes we did have an issue with infected people in the building, but they have since gone into isolation,” he said. “We have followed the protocols with the District Health Unit in sanitizing our building. I just want the public to realize there is no reason not to come to this building.”

Several community organizations use the Moose Hall, including the Good Food Box. Cross said one woman refused to pick up her food because of fear the outbreak related to the building.

“It’s unfortunate that there is a lot of misunderstanding out there that it might be unsafe to come to the hall,” he said. “I would just like the public to know that was not a concern. They can come and get what they are looking for here.”

According to Cross, staff regularly sanitize tables, chairs, and routinely touched areas after use, masks are required in the building, and hand sanitizing stations are situated throughout.

“We are very stringent when they come in, keeping track of who they are and when they come and they have to wear their mask when not on the court,” he said. “Rules were definitely being followed. Our coordinator here is in the room throughout the entire day they are here, ensuring they are following all protocols.”

Cross said he hopes after all those who may have been exposed COVID-19 while playing pickleball will return to the Moose to play after the required self-isolation period.

But Graveson believes the recent outbreak may keep more people than just him from the court for the time being but he is confident things will return to normal in the future.

“I think it will have a negative impact as of now but in the future I think the game will come back,” he said. “It is a very popular game. Not just amongst the elderly.”