Pineau excited about being drafted by OHL's London Knights 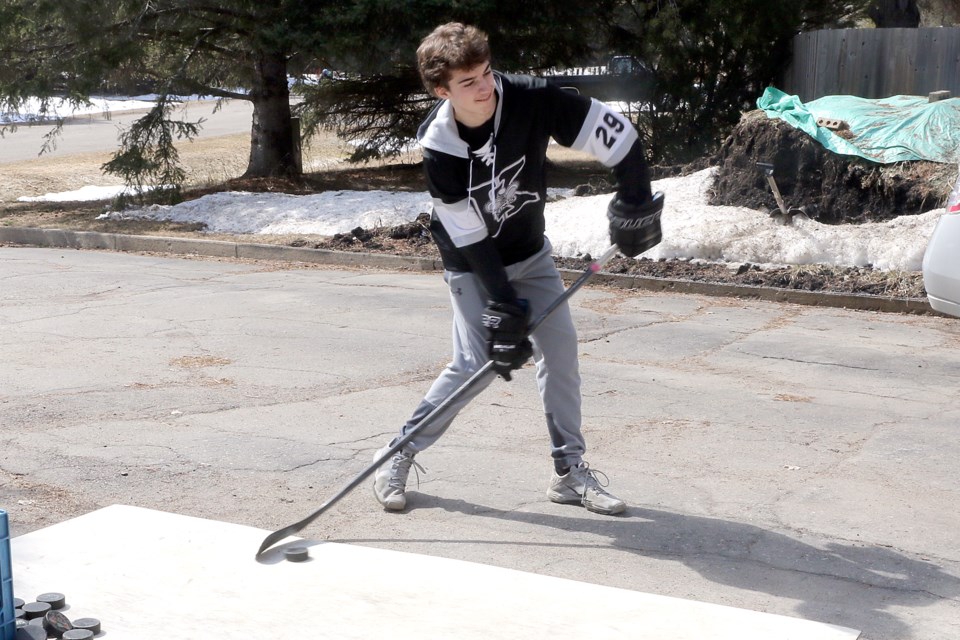 THUNDER BAY – At some point soon, Jack Pineau’s got a pretty big decision to make.

The Thunder Bay Minor Midget Kings forward on Saturday was selected in the 12th round of the Ontario Hockey League draft, 239th overall by the London Knights.

But the 15-year-old is also a pretty good baseball player and last year took part in the under 15 Ray Carter Championships in Oshawa, where his pitching prowess turned heads, the right-hander’s fastball maxing out at 81 miles per hour with the Toronto Mets.

He’s not quite ready to make a decision yet on which sport to pursue.

“I can’t really pick right now,” the youngster said on Sunday. “It really depends on the season.”

For now, he’s content to play both, and see where it leads.

“It’s not really that hard. I can just pick it up day to day. One’s baseball, one’s hockey and I’ll keep going with that.”

Hockey does have the allure of maybe following his older brother Alex into the OHL. Alex was an eighth-round pick of the Sudbury Wolves last year and was scheduled to head to camp with the team, after spending this past season with the Major Midget Kings, a campaign that included a one-game look-see with the Thunder Bay North Stars.

The younger Pineau said if there is a Knights camp in September -- and with COVID-19 sweeping the globe, it’s all up in the air -- he expects to head to southern Ontario and take part, but at 15, he doesn’t have much expectation of making the big club yet.

Still, it’s pretty thrilling to get drafted, even if he wasn’t glued to his computer on Saturday afternoon while the OHL general managers and coaching staff were working their way through 15 rounds and 300 selections.

Pineau, the lone Northern Ontario player taken, had other things on his mind.

“I was actually playing video games with a few of the boys and I went upstairs for lunch. I heard my mom scream and I just knew right away. I was really excited.”

That it was the Knights makes it that much more special.

The franchise has a long history cultivating talent from the shores of Lake Superior, dating back to future NHLers Lou Nistico and Vern Stenlund in the 1970s, not to mention future Lakehead Thunderwolves captain Joel Scherban.

“They’re really good and it’s cool to follow in my brother’s footsteps and not be the only OHL draft pick in the house,” said Pineau, whose father Dave is a former basketball standout at Lakehead University and heads up the Superior Secondary Sports Athletic Association.

He likely would have gone higher, and possibly seen a few teammates drafted, had the Kings been able to compete at the OHL Cup, which was cancelled because of the pandemic.

It was a little frustrating, he said.

“It was really disappointing, since our team was really just starting to pick it up, so I’m disappointed to not be doing this interview with a few of my teammates.”

Pineau, a centre, had 15 goals and 36 points in 48 games this past season with the Kings, and at six-feet, should bring plenty of size if and when he does make it to the OHL level.