A DC3 aircraft was forced to make an emergency landing at the Pickle Lake airport on Friday.
Mar 17, 2017 5:04 PM By: TbNewsWatch.com Staff 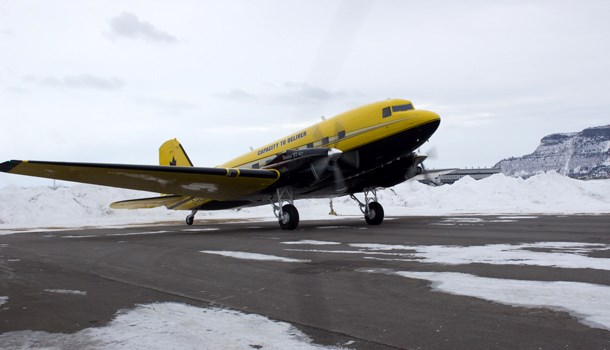 A North Star Air plane was involved in an accident on Friday, March 17, 2017 near Pickle Lake (handout).

PICKLE LAKE -- A North Star Air BT-67 cargo aircraft was forced to make an emergency landing at the Pickle Lake airport on Friday.

Ontario Provincial Police officers were called to the airport at 12:20 p.m.

The two pilots and single crew member were uninjured in the incident.

"North Star Air is fully co-operating with the investigation and will release further information as it becomes available," a company spokeswoman said in a release issued by the airline.

Transportation Safety Board of Canada officials will arrive in Pickle Lake on March 18 to investigate the incident.