The board also discussed a citizen satisfaction survey, a change to vehicle impound program, and the Wake The Giant initiative at their board meeting held Tuesday at the Oliver Paipoonge Municipal Office.
0
May 22, 2019 10:44 AM By: Michael Charlebois 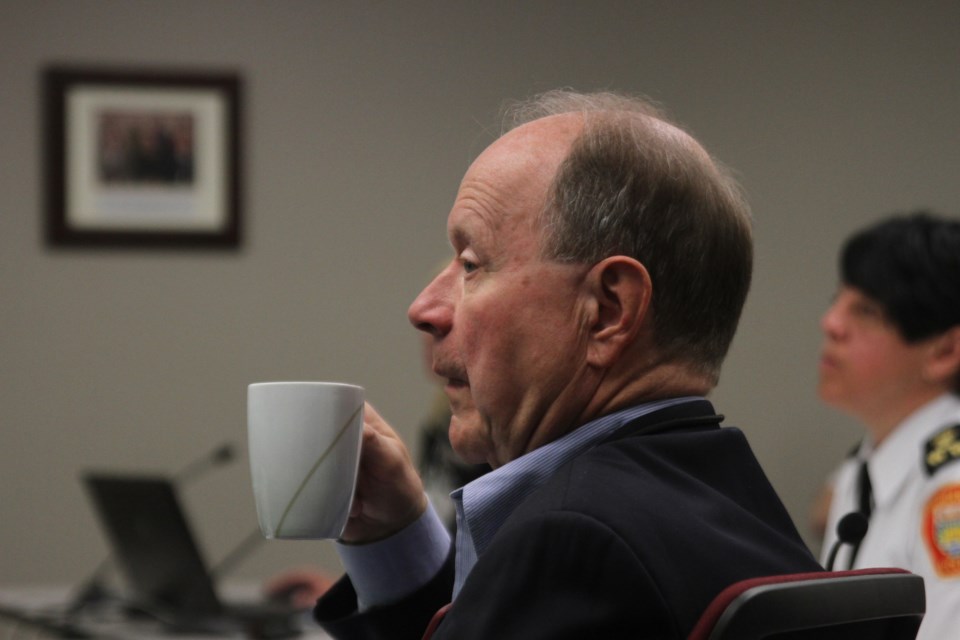 John Cyr was officially appointed as the provincial member of the Thunder Bay Police Services Board on May 21, 2019. (Michael Charlebois, tbnewswatch)

OLIVER PAIPOONGE, Ont. -- A local lawyer has been appointed as the provincial member of the Thunder Bay Police Services Board.

John Cyr, whose legal experience is in corporate commercial and mediation, sat in on his first board meeting on Tuesday at the Oliver Paipoonge municipal office.

“I’ve always been impressed by the police services. I understand there are some challenges. I want to be a part of the solution,” Cyr said.

“My first inclination to put my name forward came as a result of (Celina) Reitberger’s comment that it’s time to move forward. If that’s the attitude I would very much like to be part of it.”

In December, the Ontario Civilian Police Commission stripped members of their voting rights after a report conducted by Senator Murray Sinclair concluded there was a lack of oversight and issues with systemic racism on the board. In April, the board regained their vote following completion of governance and cultural sensitivity training.

Cyr will be without a vote until the completion of the training. Until then, administrator Tom Lockwood will temporarily hold a vote.

“John brings a wealth of experience,” says Reitberger, the Thunder Bay Police Services Board chair. “He has cut back on his workload so he will have a lot of time to give, and he’s indicated he’s interested in writing. That’s where his strength is and that’s terrific because that’s what we need when we put our policies to paper.”

Cyr said he has background in both governance and Indigenous relations.

Reitberger said she had the opportunity to meet with Cyr after his appointment.

“I was very impressed with his insight, his enthusiasm, and his experience with Indigenous people, so I think he’s well-placed to help us move forward.”

Mayor Bill Mauro, when asked about Cyr’s legal background, said “I’m not suggesting there was a shortcoming [of legal expertise] on the board, but certainly everybody brings unique skills and experiences and Mr. Cyr definitely brings that.”

Cyr was active in his first meeting, following up each presentation with questions.

Also on the police board agenda, Lisa Desmoulin presented her findings on a 2018 Citizen Satisfaction Survey.

The survey provided information on the level of trust citizens have with local police force. The questions were conducted using online surveys, and in-person interviews.

Overall, it found while satisfaction with the police service was very high, in-person respondents were much less likely to trust police than online respondents.

“Differences may be attributed to the demographic composition of the samples. The online sample was older and predominantly identified as White while the in-person sample was younger and had a percentage of Indigenous respondents,” the report reads.

The meeting also featured presentations from Const. Mark Cattani on a proposal to change the police’s vehicle impound program, and Sean Spenrath who provided an update to the Wake The Giant initiative.