Police board responds to OIPRD review

Vice-chair of the Thunder Bay Police Board says there is ‘no evidence’ of systemic racism in police force after OIPRD investigation expands.
0
May 25, 2017 7:59 AM By: Doug Diaczuk 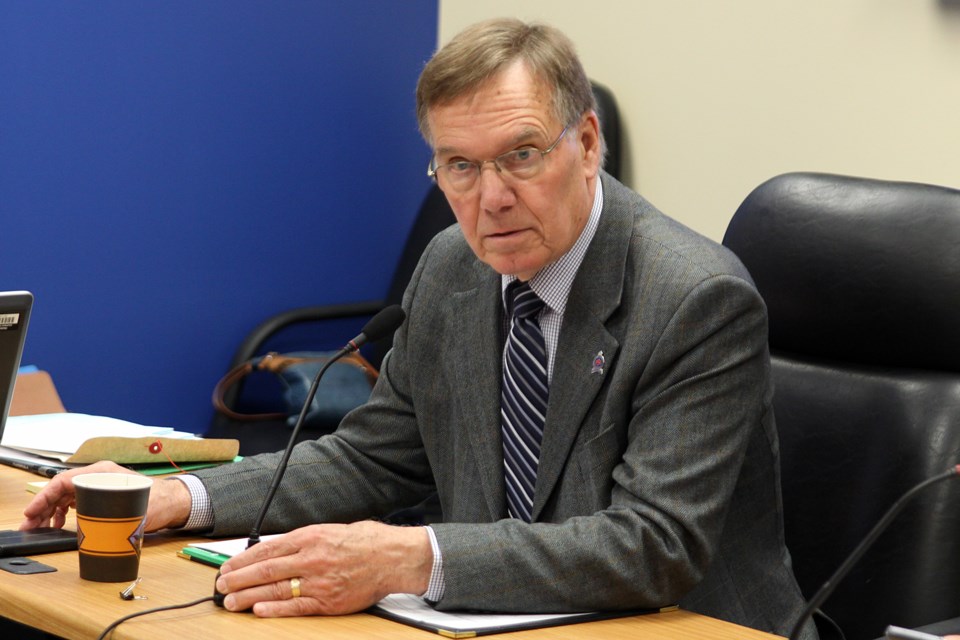 “I know many of these police officers and they work really hard at their job,” said Brian McKinnon, vice-chair of the Thunder Bay Police Services Board. “As I said, they are emotionally involved, as well as physically, so I don’t anticipate anything like that coming out.”

In November 2016, the Office of the Independent Police Review Directorate launched an investigation into the Thunder Bay Police Service and how it has handled cases involving Indigenous people.

Last week, the investigation expanded to include the cases of 17-year-old Tammy Keeash, who was found dead in the Neebing-McIntyre Floodway in early May, and the 14-year-old Josiah Begg, who went missing May 6, 2017 and was later found dead in the McIntyre River.

“It’s tragic when these youths come to our city and meet a tragic end,” said Greg Stephenson, president of the Thunder Bay Police Association. “We don’t want to see that for any youth, Indigenous or otherwise. We hope that we can find out what happened and our criminal investigation branch is working hard to do that.”

Prior to the OIPRD investigation, First Nations leadership argued that local police often dismissed cases involving Indigenous people. However, McKinnon said there is no basis for the accusations aimed at Thunder Bay Police.

“That’s what we are hearing, just accusations that are not based on facts,” he said. “There are no facts that there is systemic racism in the Thunder Bay Police Service. These people work hard at their jobs. If they are going to be attacked and attacked, well, where’s the evidence? We don’t see it.”

McKinnon recognized there is a problem in Thunder Bay and that it is tragic to see so many deaths of Indigenous youth in area rivers.

“Is that simply the police’s fault? Think about that. No, it’s not,” he said. “There are people out there who are looking to make statements that are not based on facts.”

Stephenson added all cases investigated by Thunder Bay Police are treated on their own merits, no matter what the circumstances are.

“I know our department has a very good clearance rate and we want to see these cases brought to a rightful conclusion and I don’t think there is any bias,” he said. “We diligently try to do everything we can.”

For officers working day-to-day in the community, Stephenson said they are confident they still have the support of the community.

“I think they know we have a tough job to do and we have to focus on doing that job and I think the majority of the community of Thunder Bay and Oliver Paipoonge support what we do,” he said.

Both McKinnon and Stephenson said there is no need for any change in leadership at the police level or on the police board level, but they said they will work with whatever recommendations come from the OIPRD review.

“We hope at the end of the day, things will come to some positive conclusions,” McKinnon said. “That’s our objective.”

“We will take whatever recommendations come from that systemic review and obviously work with the Thunder Bay Police service in implementing them so we can provide better service,” Stephenson said.

A spokesperson with the OIPRD also said the recent charges filed against Thunder Bay Police chief, J.P. Levesque, will not impact their investigation in any way.

“The criminal charges against the Thunder Bay police chief will not be reviewed by the OIPRD,” said Rosemary Parker, spokesperson for the OIPRD. “Our office does not have jurisdiction in that regard.”

“The charges against the Thunder Bay police chief arise out of a criminal investigation by the OPP, not any activity on the part of the Office of the Independent Police Review Director. They will not interfere with or delay our ongoing systemic review into the Thunder Bay Police Service and its relationship to the Indigenous community.”