Early morning single-vehicle collision resulted in a down power line between the intersections of Jasper Drive and Beverly Street on Balmoral Street
0
Jul 20, 2019 8:48 AM By: Leith Dunick 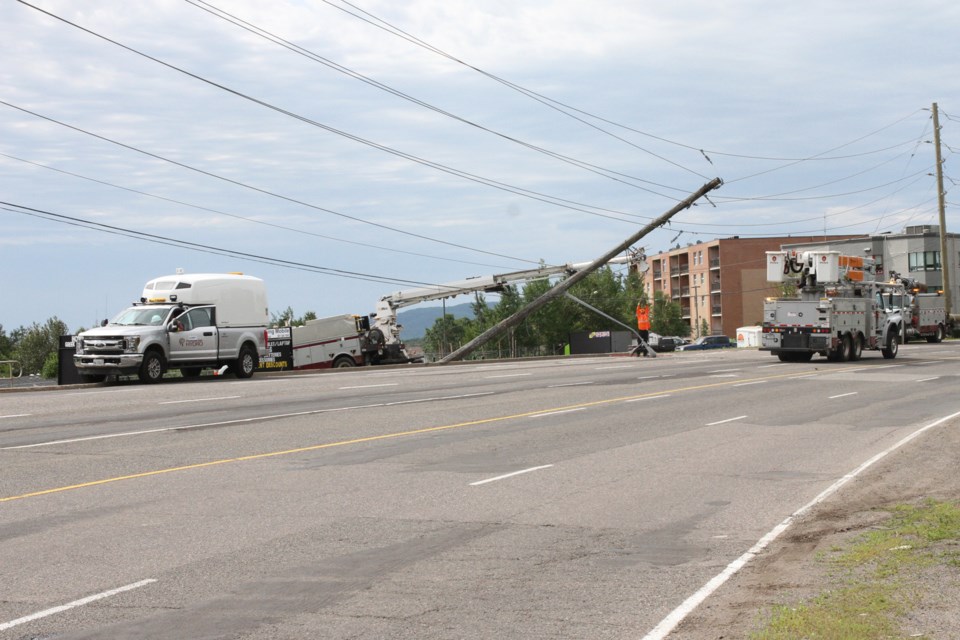 A down power line on Balmoral Street between the intersection of Jasper Drive and Beverly Street is re-routing traffic. (Michael Charlebois, tbnewswatch)

A downed power line between the intersection on Balmoral Street of Jasper Drive and Beverly Street is re-routing traffic.

Synergy North is on scene assisting in the clean-up.

Police, in a release, say the incident occurred at about 3 a.m. and the investigation is likely to continue throughout the morning. They have not confirmed whether the single-vehcile collision caused the power line to fall.

There is no word on any injuries sustained in the crash.

Police have also asked members of the public to avoid the area and seek alternative routes.

An update will be provided to media and the public once the investigation has concluded and the affected roads have been reopened.

With files from Michael Charlebois.