A 28-year-old man has been arrested and charged with arson and killing an animal after a fire at a Banning Street home leaves three dogs dead.
0
Mar 19, 2018 1:06 PM By: TbNewsWatch.com Staff 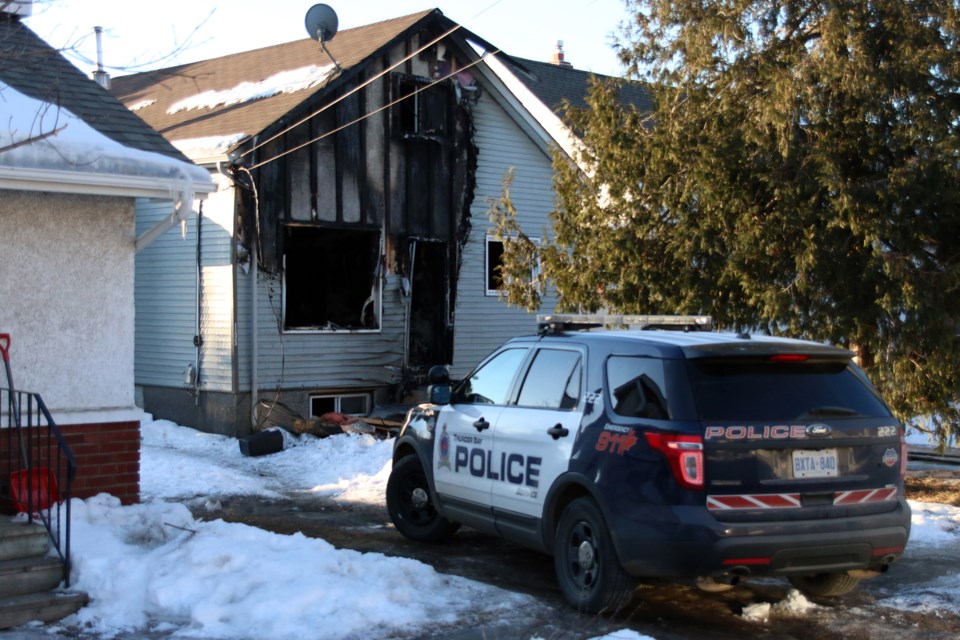 Thunder Bay Police remain on the scene of a fire at a Banning Street home late Sunday night. (Photo by Doug Diaczuk - Tbnewswatch.com).

THUNDER BAY - A man has been charged with arson following a fire that destroyed a Banning Street home and killed three dogs.

According to a Thunder Bay Police Service media release, officers were called to a home on the 100 block of Banning Street late Sunday evening after receiving reports of a man acting irrationally.

Upon arrival, police discovered the home fully engulfed in flames and Thunder Bay Fire Rescue were called to assist with extinguishing a fire.

All residents were evacuated and there were no reports of injuries, but three dogs inside the home were found unresponsive and attempts to resuscitate them were unsuccessful.

Police arrested a 28-year-old man under the Mental Health Act a short time later on Bay Street. He was transported to the Thunder Bay Regional Sciences Centre and remains there under police custody.

The man is facing charges of arson and killing an animal. He made his first court appearance on Monday and has been remanded.

Police remain on the scene as the investigation continues.