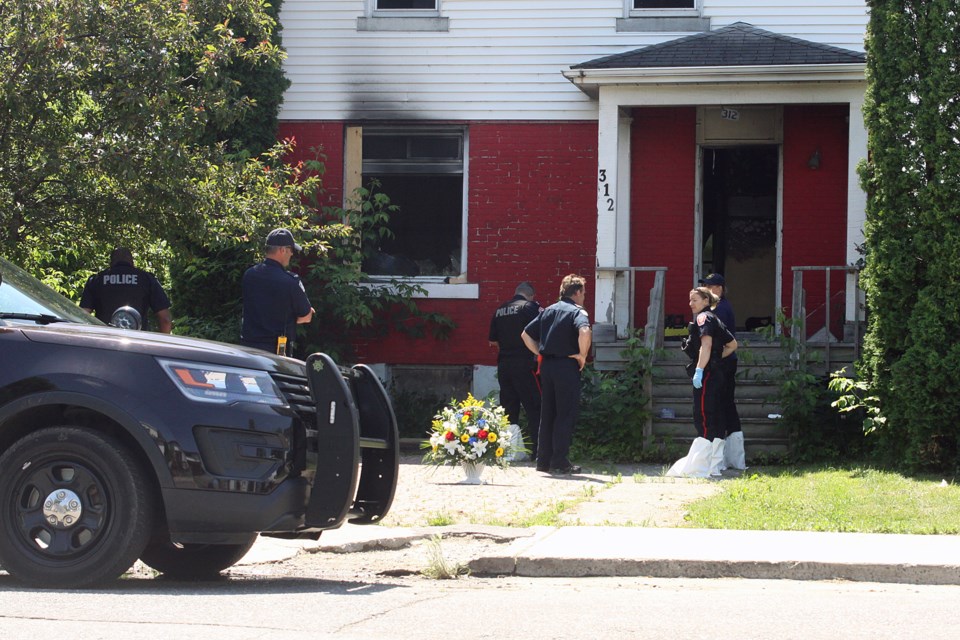 Investigators with the Office of the Fire Marshal, Thunder Bay Fire Rescue and Thunder Bay Police Service on scene of a house fire on the 300 block of Bethune Street where a person who was found inside was later pronounced dead. (Matt Vis, tbnewswatch.com)

THUNDER BAY – The cause of a fire in a vacant south-side home that claimed the life of a 34-year-old man is believed to be arson.

The Thunder Bay Police Service on Thursday confirmed they are treating the blaze, which broke out on the 300 block of Bethune Street during the early morning hours of July 11, as an arson investigation.

A police spokesperson said they are currently classifying the case as a sudden death investigation when asked about whether the incident was being investigated as a homicide.

Police are not publicly releasing the identity of the deceased.

Thunder Bay Fire Rescue officials said the man had been found in a bedroom adjacent to the kitchen, where responding firefighters found the fire after neighbours called 911 when they could smell smoke.

The house had a sign on the front lawn listing it as up for sale. A neighbour said the house was believed to be vacant for at least eight months.

The Office of the Fire Marshal is also investigating the circumstances of the fire.