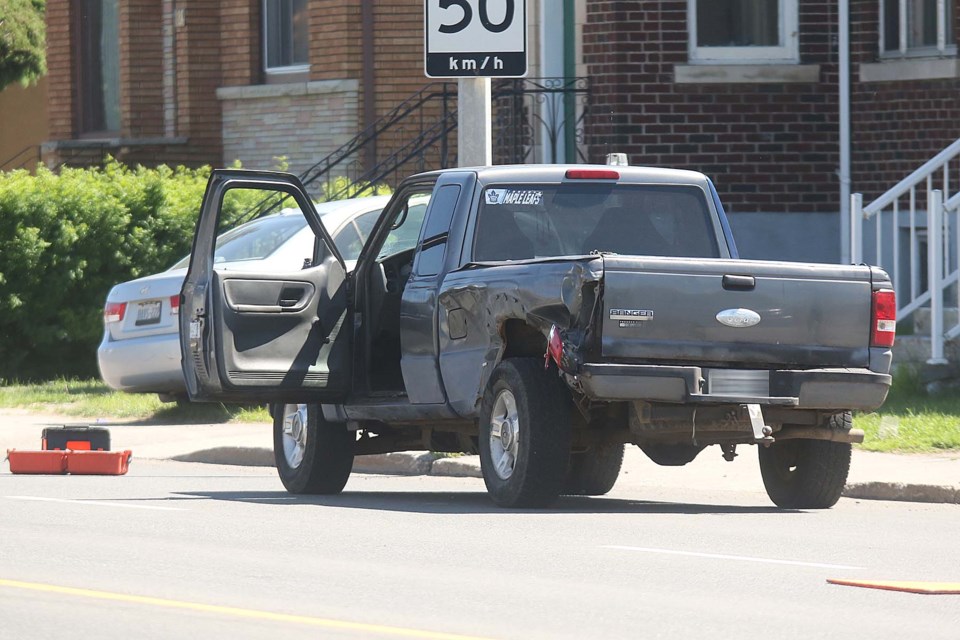 A 75-year-old Thunder Bay man has died in the hospital following a Wednesday afternoon motor-vehicle collision on the city’s south side.

Thunder Bay Police Service officers were dispatched to reports of a collision shortly after 12:20 p.m. on Wednesday, June 16 in the 800 block of Simpson Street. Paramedics with Superior North EMS and firefighters with Thunder Bay Fire Rescue were also dispatched to the scene.

When police arrived they learned the collision involved two vehicles – a sedan and a pickup truck.

The two drivers involved were transported to the Thunder Bay Regional Health Sciences Centre for further assessment and treatment of their injuries.

The other motorist’s injuries are not believed to be life threatening.

The identity of the victim is not being released at this time.