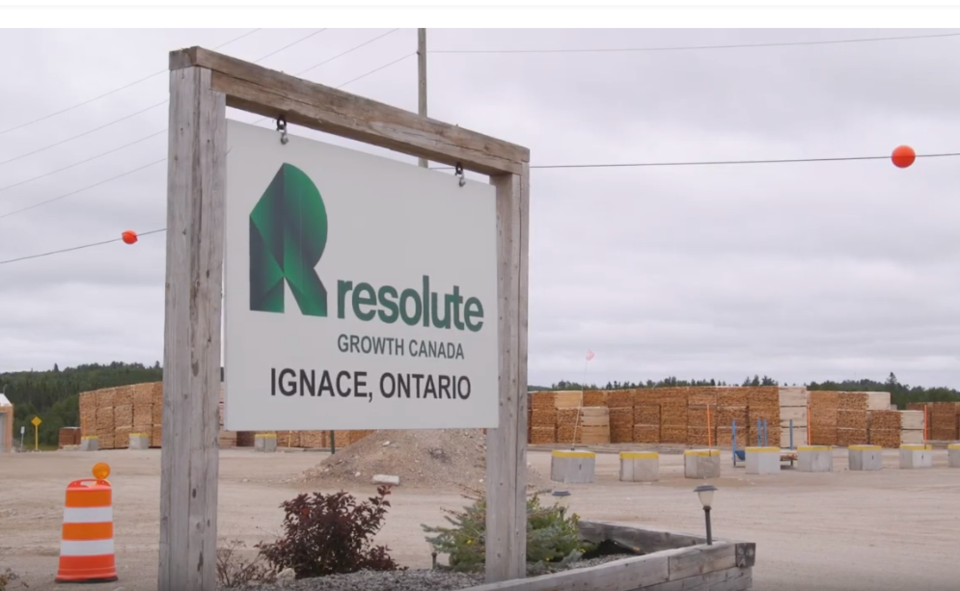 IGNACE, Ont. —  A planned shutdown at the Resolute Forest Products sawmill at Ignace has been extended into July.

The company blames deteriorating market conditions and an issue with the sawmill's kilns.

A Resolute spokesperson said it initially projected two months of downtime, starting around April 11, due to a shortage of logs that resulted from "very wet" weather in the fall, winter and spring.

Under that plan, the mill would have reopened this week.

However, in recent months the North American lumber market has taken a downturn, leading to lower prices and low sales volumes.

The kilns at Ignace will be out of service until mid-September, but the mill shutdown is expected to end sometime next month.

The spokesperson told Tbnewswatch that Resolute is working with its employees to provide as many job opportunities as possible at the company's Atikokan and Thunder Bay mills in the meantime.

Extended shutdowns have also been announced for a number of other companies' sawmills in British Columbia because of market conditions.