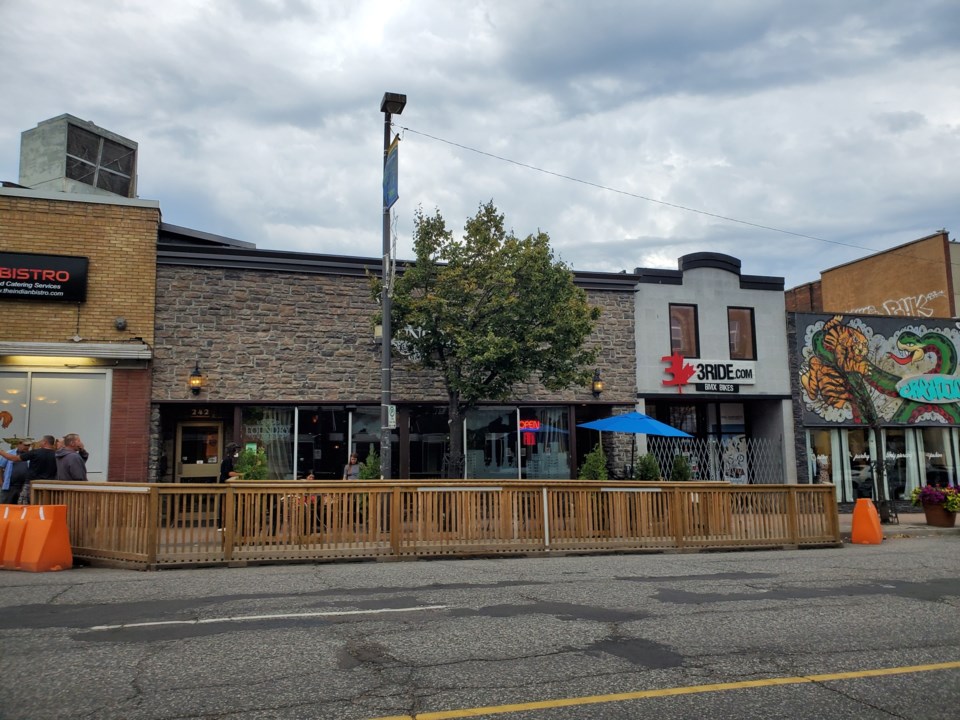 THUNDER BAY — Despite efforts by the city to encourage more participation in its pop-up patio program, the uptake this summer was smaller than last year.

Only one restaurant established a patio.

What may add to the concern of city officials is that another operator submitted an application, but was so dissatisfied by the amount of red tape that he's not sure whether he'll take part next year.

In 2018, when the city launched the pilot program, three north core businesses – Red Lion Smokehouse, Apple Chipotle's and The Foundry – set up outdoor dining areas using city property in front of their premises.

The Red Lion relocated to a different location on South Cumberland Street in the spring, and didn't establish a pop-up patio there because of a lack of time.

City realty services manager Joel Depeuter was caught off guard by the poor response to the program.

"I thought that there were others that were interested, and that there was some demand," Depeuter told tbnewswatch.com.

Anticipating a bigger uptake, the city had increased the maximum number of patios allowed this year from four to 10 for each business area in the city.

Depeuter speculated some restaurant operators were deterred by the required investment in time and money.

"Well, there's some costs and some work involved ... I guess there's just not as much interest as we had initially gauged."

But Jason McKenzie, co-owner of Apple Chipotle's on South Court Street, feels the city needs to expedite an approval process which he said takes forever.

"Even though we put in our application on May 10, which was the first day we were able to put it in, it was Aug. 8 when they said 'OK, you guys can open up.'"

By the time his restaurant received the go-ahead from city hall, McKenzie said, "it wasn't even worth it for us."

Apple Chipotle's had already set up a boardwalk – without tables – but removed it after deciding not to proceed.

McKenzie said the city still billed him for the $650 application fee.

Asked if the restaurant would participate next year, he said he and his partner haven't made a decision as yet.

Depeuter conceded that some operators found the complexity of the process to be an issue, "so we're seeing if we can work around this."

Jim Comuzzi, chair of the Waterfront District Business Improvement Area, agreed there are some issues to resolve.

"It wasn't received as well as I am sure a lot of people expected, he said, but added that this is just a pilot project, and he still believes it holds promise.

"We've had some success with it, but now we maybe just go back to the drawing board... There are kinks that we need to work out between the city and the BIAs," Comuzzi said.

Red Lion spokeswoman Caitlyn Van Ballegooie said her restaurant's experience with a pop-up patio last year was a good one, and the company was willing to participate again this summer.

It was only deterred, she said, by its preoccupation with re-establishing in its new location.

"We do look forward to doing it again next year," Van Ballegooie said.

The owner of The Foundry was unavailable for comment.

The patio restaurant pilot project is currently scheduled to operate for a third year, in 2020, after which the city will review its status.

Some city restaurants offer patio service within the boundaries of their own property, but these are not part of the city-regulated pop-up initiative.