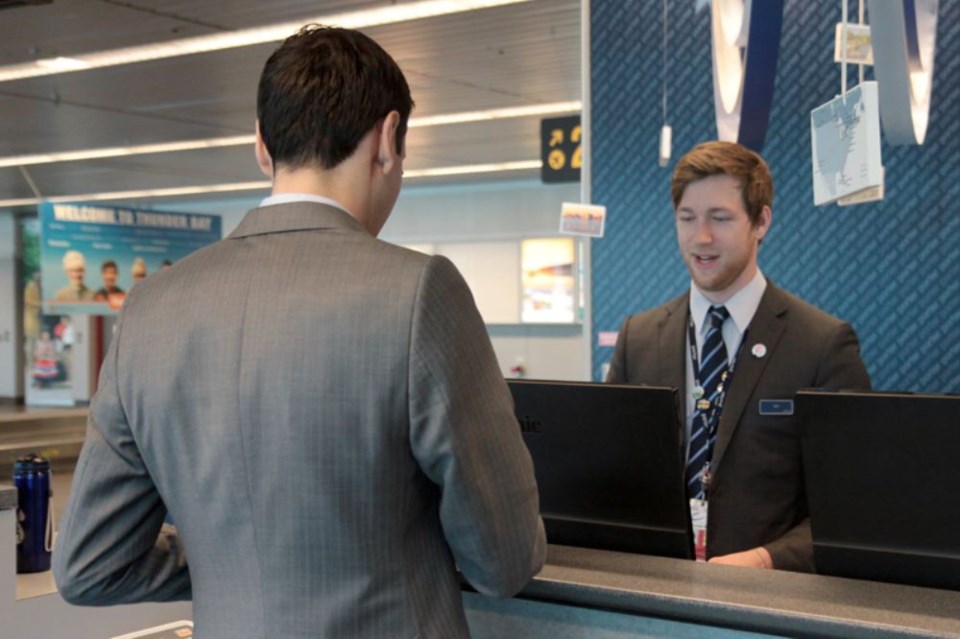 TORONTO/July 26, 2016 – In response to passenger demand, Porter Airlines is increasing the number of flights between Thunder Bay and Billy Bishop Toronto City Airport, up to six daily roundtrips, effective September 6, 2016.

Three direct flights are available from Thunder Bay to both Ottawa and Montreal, after a short stop in Toronto. Passengers no longer have to deplane in Toronto and change aircraft, significantly reducing travel time by up to two hours.

“Since we began Thunder Bay service in 2009, passengers have continued to embrace our convenient schedule and affordable fares,” said Robert Deluce, president and CEO of Porter Airlines. “The additional round-trip flight provides even more options and convenience for travellers.”

Further to the additional flight, Porter is celebrating one million passengers on the Thunder Bay route. Today, to commemorate the milestone, the one-millionth passenger departing Thunder Bay on Flight #634 at 2:05 p.m. was presented with a pair of roundtrip tickets to any Porter destination.

“There are many loyal Thunder Bay passengers, as well as new ones trying Porter every day,” adds Deluce. “Our entire team is grateful for each of the one-million trips people have chosen to fly with us and we are committed to providing the service they have come to expect from us.”

Porter has continued to set itself apart from the competition by emphasizing overall service, and providing complimentary amenities, including lounge access, Wi-Fi, beer, wine and snacks for all passengers.

Its main base at Billy Bishop Toronto City Airport is one of the most convenient urban airports in the world. Porter is the only airline out of Billy Bishop operating flights to Thunder Bay. Connecting flights via Billy Bishop are also popular for reaching many other Porter destinations.