Bubba’s Bud and Smoke on Fort William First Nation was expected to open Tuesday afternoon but Anishinabek Police Service say it is not a legal cannabis dispensary and it is being investigated.
Jun 4, 2019 3:57 PM By: TbNewsWatch.com Staff 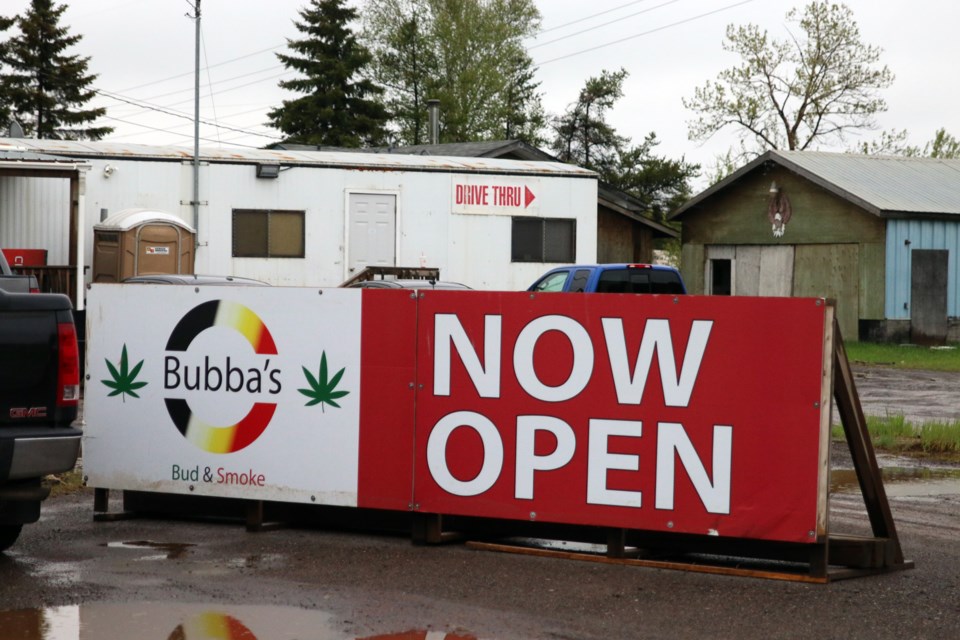 The parking lot at Bubba's Bud and Smoke was filling up Tuesday afternoon as people anticipated the opening of the establishment on Fort William First Nation. But Anishinabek Police Service say it is not a legal entity to sell cannabis products.

FORT WILLIAM FIRST NATION, Ont. - A so-called pot shop on the Fort William First Nation that was rumoured to open on Tuesday is in fact illegal according to Anishinabek Police Service.

More than two dozen people gathered outside of Bubba’s Bud and Smoke located on City Road Tuesday afternoon for the opening. A sign out front also advertised that the establishment was 'now open.'

According to Insp. Derek Johnson with the Anishinabek Police Service, the store is not a legal entity to sell cannabis products at this point in time.

The provincial government approved 25 physical establishments to sell cannabis products in Ontario and Johnson said the one on Fort William First Nation is not one of them.

“There is the federal cannabis act and provincial cannabis control act, which both have offences related to the possession, distribution, and selling of cannabis products,” he said. “Depending on the evidence retrieved as a result of this investigation, we will determine what sort of charges are potentially issued or at least investigated.”

Johnson said in December 2018, APS was in conversation with two individuals who were interested in opening a cannabis dispensary but decided not to after discussing with police the legitimacy of the establishment.

For those lining up outside the store on Tuesday, Johnson is advising that people practice their own due diligence, as being there to see what is happening is not illegal, but purchasing any cannabis products could be.

“I wouldn’t say a consumer attending that establishment to stand by or interested in seeing what is going is necessarily breaking the law, but if they do purchase illegal cannabis from an establishment that is not licensed by the Alcohol and Gaming Commission of Ontario, then they are potentially committing an offence,” he said.

As of 3:30 p.m. on Tuesday the store had still not opened its doors to welcome in any customers. The owners of the store declined an opportunity to comment.