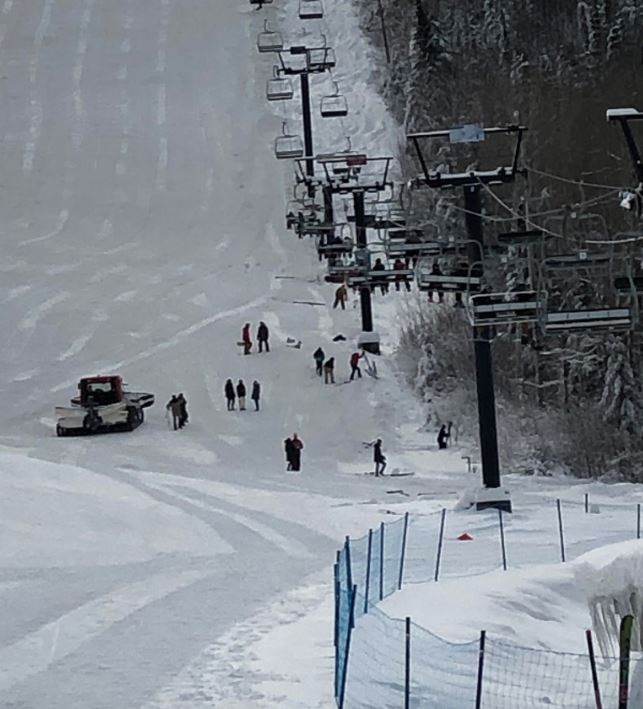 The main chair lift at the Loch Lomond Ski Area was shut down by a power outage as skiers had to be lowered down the hill. (Andrew Nixon Twitter)

THUNDER BAY -- A power outage briefly shut down one of the lifts at a local ski hill, with a number of skiers having to be lowered down the hill.

A tree weighed down by heavy snow came into contact with a power line on Wednesday, causing a fuse to blow and taking out power at the Loch Lomond Ski Area.

The hill's three chair lifts have gas-powered backup generators, but the generator for the main lift did not kick in.

Ski hill co-owner Jason Gerry said the skiers on the main lift were brought down using a special device meant specifically for that scenario. It took about 45 minutes to get everybody down and nobody was injured.

It's expected that Loch Lomond will resume normal operations on Thursday.