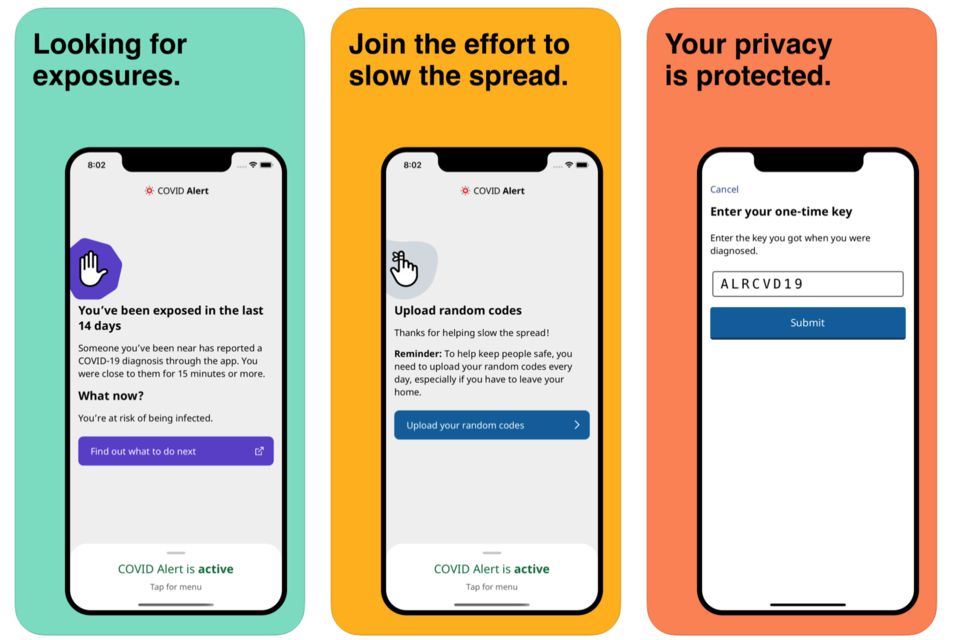 TORONTO – The privacy watchdogs for Canada and Ontario are endorsing a newly-launched smartphone application designed to alert users if they’ve been near someone who tested positive for COVID-19.

Federal privacy commissioner Daniel Therrien and provincial commissioner Patricia Kosseim issued a joint statement Friday supporting use of the app, which uses Bluetooth to ping other devices within a ten metre radius.

"Canadians can opt to use this technology knowing it includes very significant privacy protections," said Therrien. "I will use it."

The governments worked with BlackBerry and Shopify to design the app, and first launched it in Ontario on Friday.

In a Friday press conference, Premier Doug Ford assured the public the app doesn’t collect personal information or track a user’s location, and warned the app will only be effective if adopted by a critical mass of Ontarians.

Kosseim believes there are sufficient safeguards to justify trust in the technology.

"This app will only work if people trust their personal information will be protected and choose to use the technology,” she said. “Based on our review of the app and acceptance of our recommendations, I am satisfied that there are strong measures built in to help protect individual privacy."

The federal government has agreed to involve her office in an audit of the app as it is used by the public, she added.

The commissioners did note one concern: the federal government does not consider the app to be subject to federal privacy laws, because it does not collect personal information.

While they were satisfied enough by other safeguards to endorse it regardless, they said the issue highlights the need for modernization of the country’s information and privacy laws.

“"It bears noting that an app, described worldwide as extremely privacy sensitive and the subject of reasoned concern for the future of democratic values, is defended by the Government of Canada as not subject to its privacy laws," a report from Kosseim’s office notes.

"This is again cause for modernizing our laws so that they effectively protect Canadian citizens."

OPP issue ATV safety reminder
Nov 25, 2020 3:59 PM
Comments
We welcome your feedback and encourage you to share your thoughts. We ask that you be respectful of others and their points of view, refrain from personal attacks and stay on topic. To learn about our commenting policies and how we moderate, please read our Community Guidelines.
The latest on COVID-19 Local and global updates →