A new local project hopes to inspire a public narrative on sexual violence through education and understanding.
Sep 18, 2016 9:06 AM By: Nicole Dixon 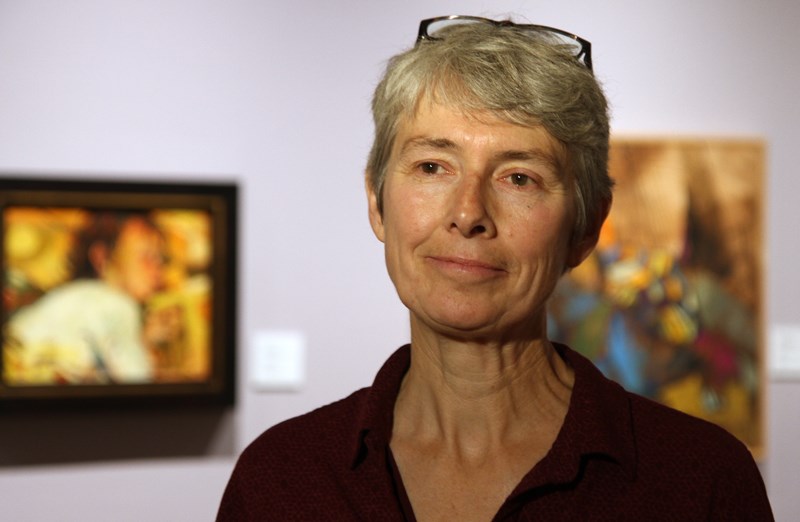 THUNDER BAY – A new project has set out to educate, inspire understanding and challenge victim-blaming through various digital stories of strength, survival, and hope.

Participants share their experiences through a series of art workshops led by local artists and create artwork to form an interactive public exhibition focusing on resiliency, dignity, and human rights of survivors.

“We want to work with individual women in a way that is empowering for them and reinforces their own dignity and resilience,” O’Reilly said at the Thunder Bay Art Gallery.

“We also want to bring people who work in these institutional systems that work to share those stories and to hear each other’s stories, so that they can feel they are both connected in direct ways and allow people to address those attitudes that reinforce racism and sexism in society.”

O’Reilly added that they are trying to use an art-based media to make connections with people and to have some of those difficult conversations between people.

During the art workshops participants will have an opportunity to create multimedia art, develop a script, and learn how to edit their own video.

The narratives will include photos, video clips, art, and sound to represent personal themes such as resilience, resistance, healing and moving forward.

“We don’t want to focus on women as victims,” said O’Reilly.

“Women are whole people they have aspirations, they have futures, they have lives, they have ideas and amazing things to share, so we don’t want women to be seen as victims.”

O’Reilly said they want women to be seen as entire complete human beings who have something to contribute, and they feel this particular project is a good way to represent that dignity and resilience.

There are a number of artists who will be using different mediums to help participants find ways to represent their story and develop their own narrative of strength and resilience.

Thunder Bay Police Service executive officer Chris Adams said violence against women should be on top of everyone’s mind, looking at ways to reduce it and giving women the support they need.

“This is a really important subject,” Adams said. “The fact that numbers are quite high for women who don’t report sexual assaults and other violence, and we would like to see that increase as far as reporting goes.”

According to Statistics Canada, in 2009, only 30 per cent of women assaulted by intimate partners, and less than 10 per cent who were sexually assaulted overall, reported crimes to police.

Those same statistics conclude one in three women will experience some form of sexual assault in her lifetime.

“Using something that we don’t see a lot of in policing is art,” Adams said. “We think we can really create some very positive conversations that we can learn from and help to work on this broader issue of violence against women.”

Adams hopes the project brings awareness, and inspires women to feel more comfortable in coming to the police.

He said it’s difficult to help prevent situations without having people to come forward and report violence.

“Being a victim is probably one of the most horrific things that anybody could face, but unfortunately in our community we have a lot of victims of violence and they need our help,” Adams said.

“Not just police, they need a holistic approach in helping them get through.”