The stay at home order will take effect on Thursday, Jan. 14 and enforcement will increase to disperse gatherings.
Jan 12, 2021 1:50 PM By: Doug Diaczuk 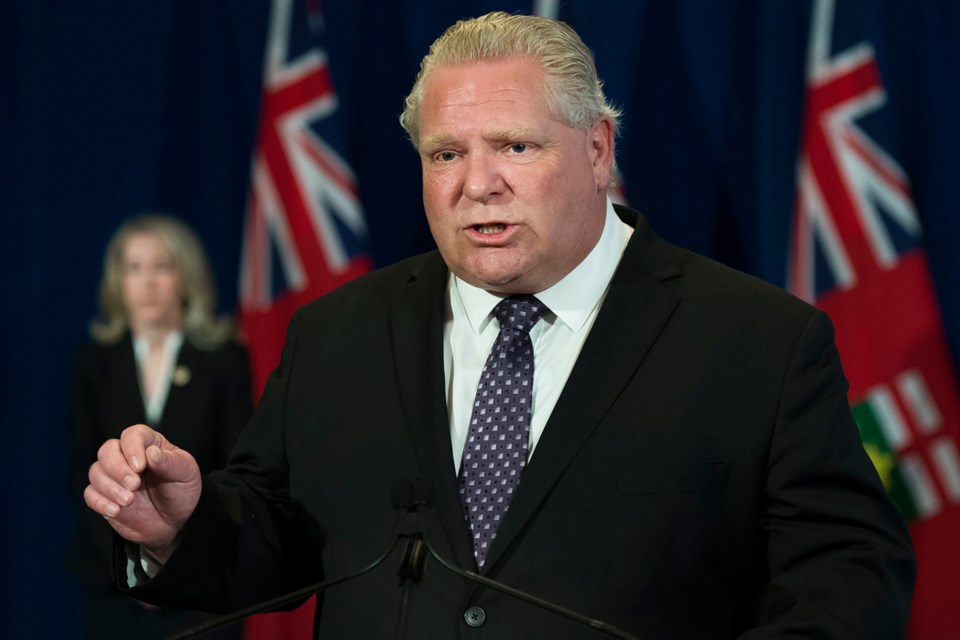 THUNDER BAY - With cases of COVID-19 continuing to surge in the province of Ontario and new modeling showing the health care system could be overwhelmed as early as February, the provincial government is implementing new measures to slow the spread of the virus.

On Tuesday, Premier Doug Ford declared a second state of emergency for the next 28 days and as of 12:01 a.m. on Thursday, the province will be enforcing a stay at home order. People are asked to remain home and only leave for essential purposes like getting groceries or medical appointments.

The stay at home order is meant to limit people's mobility, which is one of the primary means of transmission for COVID-19.

“Now more than ever, we need, I need you to do your part,” Ford said during a media briefing on Tuesday. “Stay home. Save lives. Protect our health care system. The system is on the brink of collapse.”

Ford said the number of cases and deaths related to COVID-19 are at the highest since the start of the pandemic last spring.

“If we don’t move fast, our hospital ICUs could be overwhelmed by the beginning of February,” he said.

“I know the stay at home order is a drastic measure, one we don’t take lightly. Everyone must stay home to save lives. I couldn’t be any clearer. Enforcement and inspections will increase.”

When asked how the stay at home order differs from a curfew, like the one implemented in Quebec, Ford said he has never been in favour of a curfew and doesn't want to lose the trust of Ontarians.

"A curfew is you are not leaving your house. As simple as that," he said.

"I’ve never been in favour of a curfew. That is a hard lockdown. I believe in the people of Ontario. As soon as you tell the people of Ontario you have lost trust, that’s it, game over. Everyone has been working together for the past 11 months, going through tremendous strain. The last thing I ever believed in is having a curfew when you pull out of your driveway after 8 p.m. the police are chasing you. I do not believe in that."

Under the state of emergency declaration, law enforcement and bylaw officers will have the power to disperse gatherings and issue tickets to those not following the measures.

“The success of these measures will ultimately depend on you,” Ford said. “It will depend on each one of you. Without all of us going in the same direction, this thing will get much worse.”

Other public health restrictions under the state of emergency include halting all non-essential construction work, limiting outdoor gatherings to fewer than five people, and non-essential retail stores, including hardware stores, alcohol retailers, and those offering curbside pickup or delivery, must open no earlier than 7 a.m. and close no later than 8 p.m.

Schools in hotspot areas will remain closed until Feb. 10 and chief medical officer of health will provide an update on Jan. 20 on schools in other regions of the province.

There are also growing concerns regarding the U.K. variant of COVID-19, which has been detected in parts of Canada, including Ontario, which detected eight new cases on Tuesday.

And while the COVID-19 vaccine has started to be administered across the province, Ford said the province is still months away from mass immunizations.

"We are still months away from the millions of doses to get the critical mass of people vaccinated," Ford said. "I know the actions we announced today are difficult, but they are absolutely necessary."