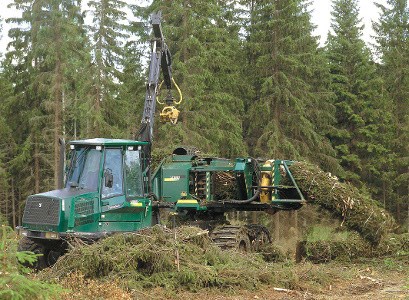 THUNDER BAY – The province is proposing to give the forestry industry a two-year extension to continue operating under its existing regulatory framework.

The Ontario government on Friday announced a plan that would create an independent expert panel to assist in drafting a long-term strategy for managing species at risk in the province’s Crown forests as well as the regulatory extension.

A previous five-year regulatory extension was set to expire on June 30, when management of Ontario’s forests would shift from the Crown Forest Sustainability Act to the Endangered Species Act. Currently, operators are required to obtain an approved licence under the Crown Forest Sustainability Act and must follow an approved forest management plan.

Business representatives and regional municipal leaders had expressed alarm about that potential change, claiming the legislation could be prohibitive to the industry if a significant amount of woodlands were to be protected as designated boreal caribou habitat.

Thunder Bay-Atikokan MPP Bill Mauro said the proposal has been something the government has been working on for “quite some time.”

“As we get closer to the expiration of the exemptions we end up in a situation where the forestry companies are uncertain about what it means for them,” Mauro said.

Leaders of the Northwestern Ontario Municipal Association and Federation of Northern Ontario Municipalities regional advocacy bodies had urged the government to take action and warned the Endangered Species Act could put the forestry industry in peril.

At a provincial pre-budget consultation in Thunder Bay earlier this week, Atikokan mayor Dennis Brown had warned the viability of Northwestern Ontario mills could be threatened.

“They have to be able to keep being able to get that wood if we are going to have our three mills in Ignace, Atikokan, and Thunder Bay continue to survive,” Brown said on Monday. “If they cut back on the amount of wood they are able to take away from the boreal forest that means less jobs.”

Ontario Forest Industry Association president Jamie Lim had been critical of the province for not working with key players in the sector.

“We find there is a lot of proposed policy coming forward that doesn’t have meaningful input from practitioners, professional foresters, stakeholders like mayors, or rights holders,” Lim said at the pre-budget consultation. “So we’ve said to government for the last eight months, those are the people, the ones who have skin in the game, who need to be at the table with government bureaucrats creating workable policy that will provide certainty, keep mills open, and keep people working.”

The panel will be tasked with “providing advice to Ontario outlining how to consider species at risk in Crown forest management and identify innovative local approaches and potential pilot projects,” according to the posted regulation proposal.

“In Ontario we harvest our forests very sustainably,” Mauro said, adding up to 75 per cent of the province’s forests are third-party certified.

“We’re doing a really good job of managing our forests here. That’s a message we continue to convey to all relevant stakeholders. I really believe this extension, this posting that could lead to a final extension after 45 days is a really good move and a balanced position.”