Joe Roberts is pushing a shopping cart across Canada to support the end of youth homelessness.
Mar 15, 2017 11:58 AM By: Nicole Dixon 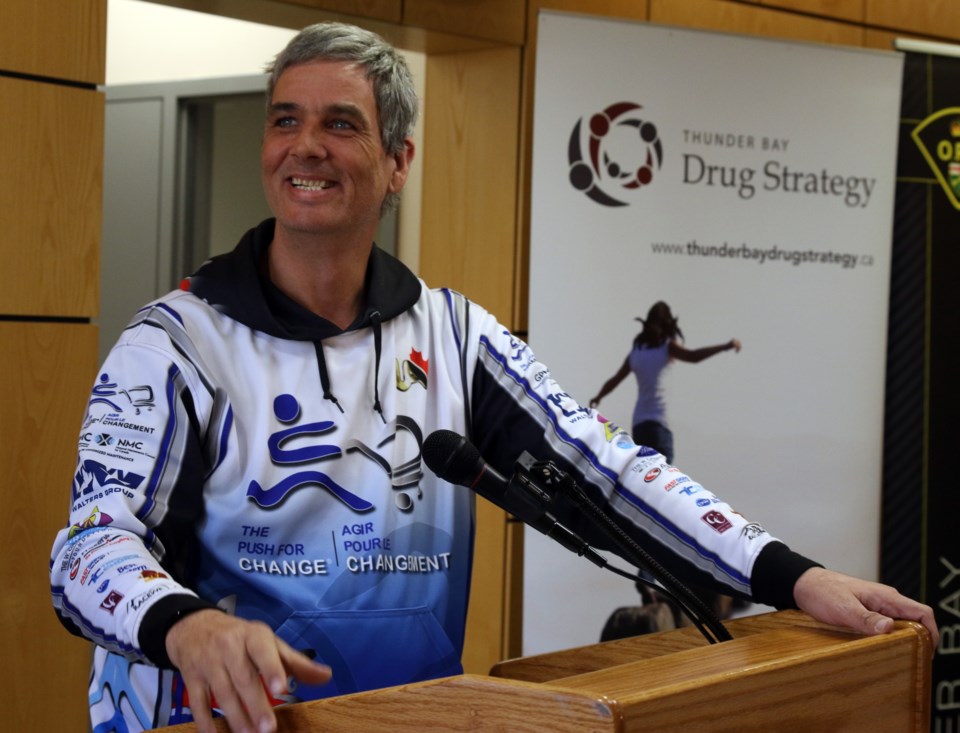 THUNDER BAY -- More than 20 years ago, Joe Roberts was living under a bridge, homeless and addicted, but a push for change has saved his life.

In 1989, Roberts was homeless on the streets of Vancouver in a small community, but thanks to his mom and an Ontario Provincial Police officer, he got a second chance at life.

“In less than 12 years I went from being homeless on the streets of East Vancouver to being a celebrated Canadian entrepreneur,” Roberts said.

“I wanted to use my position in the business community and a story of lived experience and go across country to talk about what we can do to prevent, reduce and end youth homelessness.”

About 318 days ago, Roberts began pushing a shopping cart across Canada to raise awareness and funds to end youth homelessness.

Roberts believes in the importance of supporting prevention models geared toward reducing the flow of people coming into the homelessness sector.

It’s important to invest in prevention, first house initiatives and to continue support of organizations including Shelter House and the Salvation Army.

Roberts said the next step would be to take a look at how to specifically reduce the amount of young people ending up on the streets.

“There are some key places we can invest and one of them is preventative measures inside the school systems,” he said.

“Supporting the person before they begin couch surfing and finding themselves at the cross roads of all kinds of danger.”

It’s about supporting prevention models that reduce the flow of people coming into the homelessness sector.

Throughout the journey, Push for Change has raised about $425,000.

During March Break, Roberts and his Push for Change team will be hosting several events throughout the city to raise awareness.

“I think what we have to do is enter into this notion that we can change things,” Roberts said.

“Sometimes people look at homelessness thinking: what can I do? I think that changing our perspective and investing in some proper places, we can, as a nation get to a place where we can support young people who struggle.”

The Push for Change team is set to arrive in Vancouver in 199 days.