Facing obstacles every step of the way, Jennifer Biron says the help of people at PARO was enormous in helping her write a business success story in Thunder Bay.
Nov 3, 2018 11:50 AM By: Leith Dunick 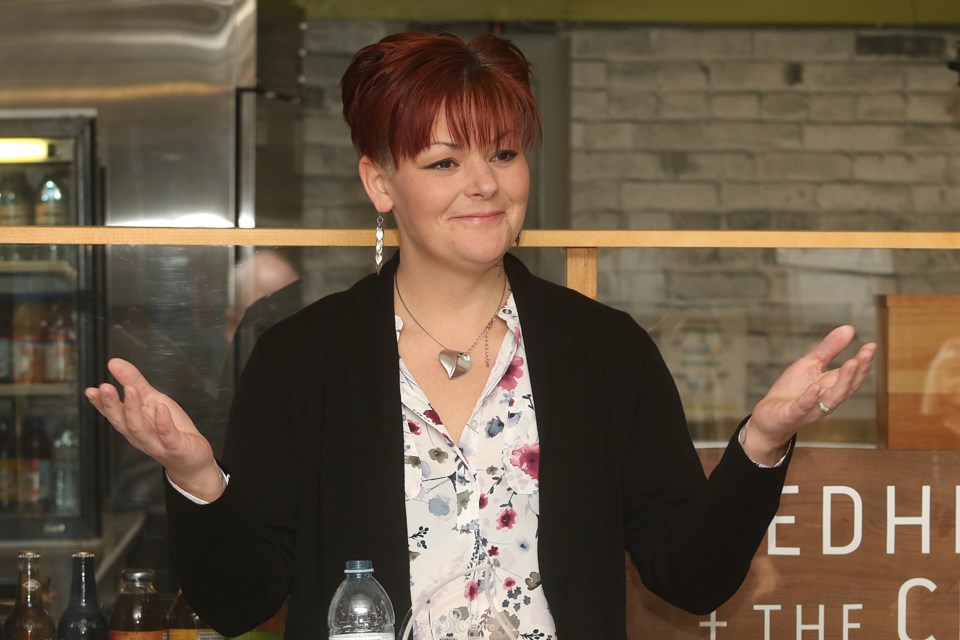 THUNDER BAY – At one point, as she was struggling to get her catering business off the ground, Jennifer Biron emptied her bank account of $600 to cover the costs of an event, not knowing if there would be another one in her future.

It was a frightening moment for Biron, who co-owns The Red Head and the Chef with her husband, Derek Cyrenne.

At every step, she faced adversity and negativity, repeatedly being told her business plan was going nowhere, a sure-fire loser destined to fizzle out before it really began.

“There were a lot of naysayers out there. They’d say, ‘You don’t even know how to cook, how are you going to run a catering company?’ I’d say, ‘I don’t care, I’m going to learn. I know how to do business. I know how to make people happy. I don’t need to know to cook (Derek) does.’”

The couple never let it get to them, and have since risen to become one of the city’s top catering options, as well as running a popular breakfast location every Saturday at the Thunder Bay Country Market, where they served on average 400 meals each week.

Biron, who originally wanted to operate a food truck, says she gained much of the courage to keep going through her association with the PARO Centre for Women’s enterprise, which on Thursday named her their alumni of the year, a sneak preview for the organization’s annual award luncheon scheduled for Nov. 8 at the Valhalla Inn.

It’s an honour she’ll treasure, knowing the hard work she’s put in to get to where she is today.

“You could walk into that office on any given day – there were women who had just started businesses, been in business, retired from business, and each and every one of them were very supportive and had a lot of knowledge.

“So as you were going through your process, you could always find someone who was right there or had an answer that could help you with the next step of what you needed to make happen with your business plan or funding sources. It was a great place,” Biron said.

PARO executive director Rosalind Lockyer said the Alumni Award is the most coveted of all the awards they give out each year.

“We give out the award to a woman who has not only grown her business and come from the PARO network or a program of PARO ... but has also given back to the community in a special way,” Lockyer said. “And Jennifer’s business is predominant within the Thunder Bay Country Market.”

“It’s a northern success story and she’s a businesswoman who’s been able to crack the glass ceiling and work with the mining sector. That’s huge,” Lockyer said.

A total of eight speed mentors will be on hand for the event, which will also be open to the public and free of charge between 3:30 p.m. and 5 p.m.