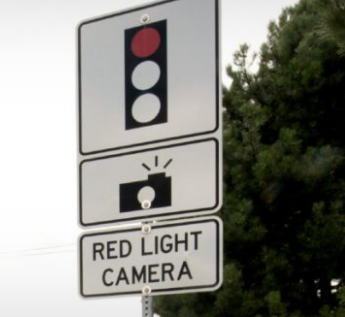 The Engineering & Operations Division will ask city council, at its Monday evening meeting, to authorize preparation of a business case for implementation, as well as a list of recommended locations based on an analysis of collisions.

A red light camera system is connected to the traffic signal system, and monitors the red, amber and green signal phases.

Sensors detect an approaching vehicle and its speed.

After a light turns red, a vehicle travelling across the sensors over a certain speed will trigger the camera to take a photo of the rear licence plate.

A ticket is then issued by mail to the registered owner of the vehicle.

The set fine for failing to stop at a red light in Ontario is $260 plus a $60 victim fine surcharge.

In a report to council, Engineering & Operations says data gathered across the province in 2016 showed that 26 per cent of fatal collisions at municipal intersections with traffic signals were caused by drivers running a red light.

Another study found that cameras reduced right-angled collisions by 25 per cent.

Some jurisdictions found that rear end collisions can initially increase after red light cameras are installed, however these types of accidents are generally much less severe.

Provincial Offences Officers working out of the Toronto Joint Processing Centre review images on behalf of the participating municipalities.