Forest fire models are showing a warmer and drier summer for much of the country, including Northern Ontario, which could raise the risk of forest fires
May 9, 2020 9:41 AM By: Doug Diaczuk 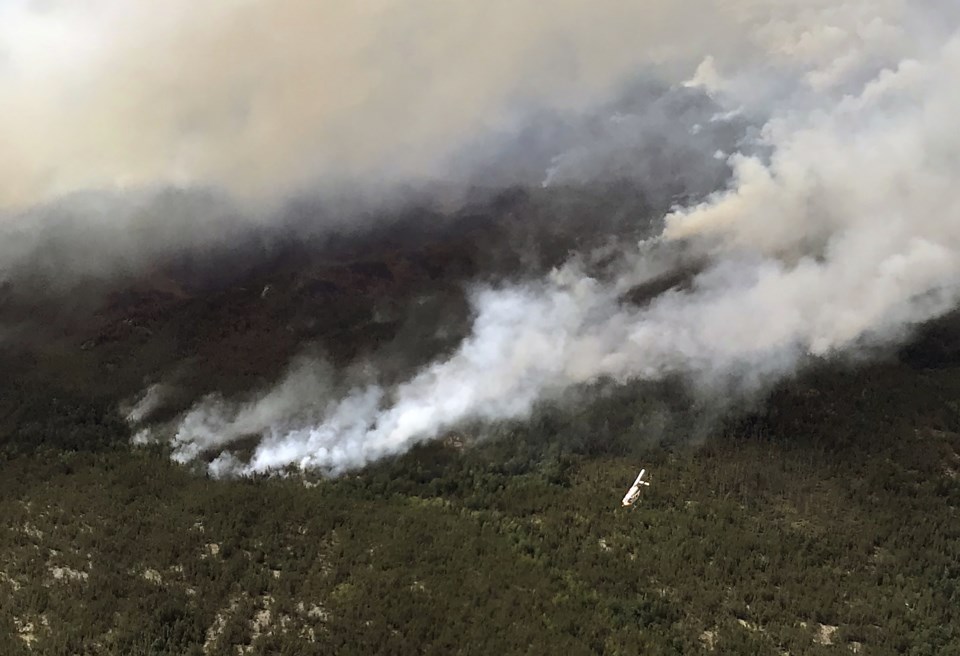 Northern Ontario could see an above average forest fire season due to warmer and drier conditions. (File).

THUNDER BAY - A warmer and drier summer throughout most of the country could result in an above average forest fire season this year in the region, but with fewer people travelling due to the COVID-19 pandemic, the risk of human caused fires may be lower.

Natural Resources Canada recently released its national forest fire season forecast for this summer, and while it is just a projected model based on historical trends, much of western Canada could see a high risk for forest fires, which could spread into Northern Ontario.

“What this forecast is predicting for this year for the fire season is generally speaking an average May across Canada, but as we move forward and into the summer in June, there is a well above average fire danger anomaly in western Canada and some of that pushes into Northern Ontario quite far north,” said Ellen Whitman, a forest fire research scientist with Canadian Forest Services part of Natural Resources Canada.

“More central and eastern and Southern Ontario we are seeing above average conditions as well for fire danger.”

Whitman said Ontario could see warmer and drier conditions this year, which does increase the risk of fire danger, but fire is very dynamic and the risk largely depends on day-to-day conditions, such as wind and dryness.

“When we do the long-term forecasts, it is based on more broad trends,” she said. “These models do suggest there could be an above average fire danger in Ontario this summer. But it is quite dynamic. We try to update these forecasts every month to try and capture that because these are long-term forecasts.”

Jonathan Scott, fire information officer with the Ministry of Natural Resources and Forestry in Dryden, Ont. said long-range forecasts can be difficult to predict and rely on long-term trends as opposed to exact conditions on the ground.

“Currently our forecasts for this summer show areas of Ontario that could be wetter than normal and pockets that can be drier than normal,” he said. “Leading into the next 30 days as we move further into fire season, we can see seasonable temperatures increase by mid-May and rainfall increasing.”

Even though models are predicting a warmer and drier summer for much of the province and the fire risk above average, it still depends on day-to-day conditions and even more so on ignition sources.

“If we don’t have fire ignition, so if we don’t have a lot of lightning or if people are very careful with wildfire this summer, that can lead to these forecasts being wrong,” Whitman said.

And with COVID-19 restrictions potentially resulting in fewer people travelling this summer, Whitman said Natural Resources Canada is interested in seeing if there is a decline in human caused fires this year.

“That is something we are really interested to see if that plays out this summer,” she said. “A lot of fire agencies have implemented fire restrictions. It is such a burden and risk to fight human caused fires and often human caused fires are the ones that are closer to communities and do become a problem for safety.”

There is currently a fire restriction in place in Ontario until further notice. Scott said despite the COVID-19 pandemic the MNRF is continuing to prepare for the upcoming fire season.

“The Ministry has been actively preparing for the fire season in Ontario,” he said. “We are continuing to hire fire fighters and fire management personnel.”