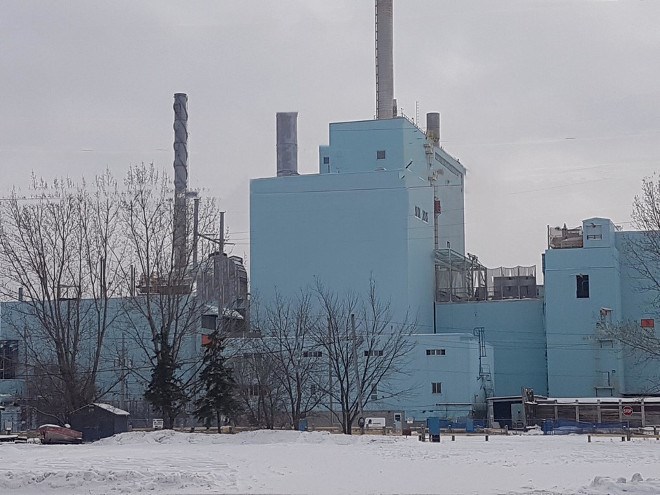 FORT FRANCES, ON — Repap Resources Group, an unincorporated private six-member investment group, has had preliminary discussions with Resolute Forest Products about its proposed purchase of the idled pulp and paper mill in Fort Frances.

No formal purchase offer has been submitted as yet.

Seth Kursman, a vice-president at Resolute, told Tbnewswatch his company does not neogitiate through the media or the public, adding only that Resolute continues to evaluate "options" for its Fort Frances property.

Repap spokesperson Sean Twomey said he is "cautiously optimstic" that he and his partners can achieve "a win-win transaction" with Resolute.

It's the first public comment the company has made since informing the town of Fort Frances about its plans in late 2018.

In an interview with Tbnewswatch from his office in New York, Twomey said restarting the mill with a different product line would create 330 jobs in the plant and a similar number in forestry operations.

The mill, shut down since 2014, would produce not newsprint but the kind of paper used for sugar bags and cement bags.

Tannis Drysdale, an economic development consultant for the town, said that's important because Resolute has made it clear in the past that "their efforts were to sell the pulp and paper facility to a non-competitive entity."

Drysdale this week told Fort Frances town council that Repap has the qualfications and the money to support the acquisition, with a projected total investment of $91 million for the purchase and retooling of the mill.

Repap has partnered with an independent investment bank and with a former banker and forest industry executive whose experience includes project financing for several forestry mergers and acquisitions.

One of the Repap partners is a former manager of the Fort Frances mill.

"Every interaction we have had with that consortium has led us to have great comfort in their capacity," Drysdale said.

Fort Frances is helping Repap by providing information it needs "to do its due diligence in preparation for a likely offer to Resolute," she said.

That information includes things such as local assessment values and labour market statistics.

Drysdale said the town also continues to advocate for Repap having access to wood fibre from the Fort Frances area that was available to the mill through the original Sustainable Forest Licence issued to Resolute by the province.

Twomey declined to share his views on the wood supply issue or to discuss the status of talks with either Resolute or the Ontario government..

Citing the need to maintain confidentiality at this stage, he said he could only add that he is pleased with the support Repap has received from area residents and "specifically appreciative" of the involvement of elected officials at the municipal, provincial and federal levels.

Twomey will travel to Fort Frances later this week for discussions with community leaders and officials.