Many councillors didn’t agree with administration’s choice for a pilot crossover location, but a new report now recommends an installation of a pedestrian crossover on Simpson Street because of the NorWest Community Health Centre expansion.
Sep 8, 2016 10:52 AM By: TbNewsWatch.com Staff 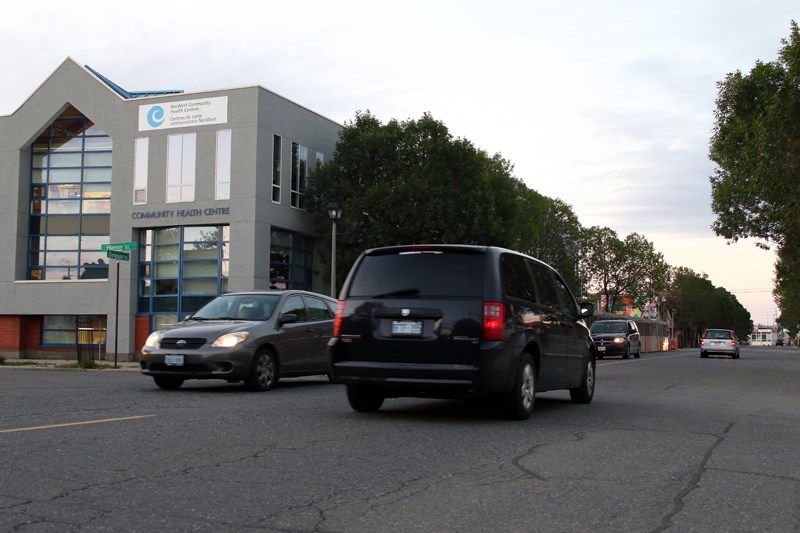 THUNDER BAY -- A new report from city staff, is recommending the installation of a second crossover in the city, this time on the city's south side.

Counc. Iain Angus had asked why a crossover could not be placed on Simpson Street, when the city was looking at a crossover pilot project in August.

Council decided against it, but requested a report on options for Simpson, including relocating the traffic lights at Victoria Avenue to Miles Street.

In a report set to go before council on Monday, staff recommend not moving the lights on Victoria.

The report now recommends the installation of a pedestrian crossover at Simpson and Heron Streets, due to the expansion at the NorWest Community Health Centre.

City engineering manager Kayla Dixon said they are doing a development on that site and putting in an additional parking lot on the opposite side of Simpson Street.

“There was a request to see if that location was good for a pedestrian crossover now that those are legal within the province,” Dixon said.

“Certainly we have determined that it is an appropriate location for a crossover, but at this point administration would be recommending a cross-sharing agreement with the owner.”

If council approves the crossover, staff recommends the city ask the clinic to help cover the cost.