Researchers at Lakehead University are now using sonar as they investigate a mysterious circle of rocks in Boulevard Lake.
Oct 26, 2016 9:01 AM By: Gary Rinne 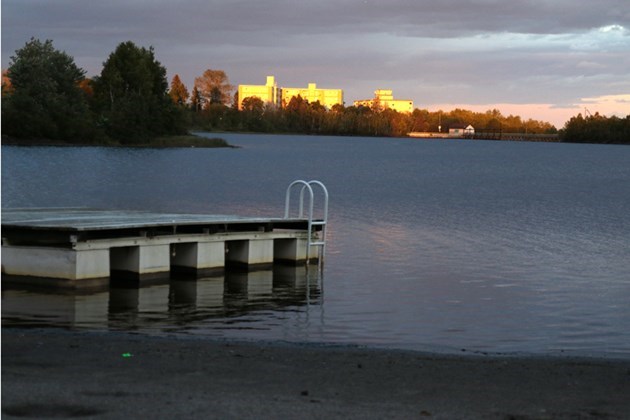 Researchers at Lakehead University are using sonar to conduct further studies into a mysterious circle of rocks in Boulevard Lake.

But they are far from determining whether the knowledge gained so far and in the future will tell them how the rocks got there and what their purpose might have been.

The underwater formation spans up to 30 metres in diameter, and is made up of hundreds of rocks as large as 80 centimetres across.

Hamilton said they already have very good images of the site taken from the air using a drone last fall when the lake was drained.

He said the project also provides an opportunity to test the usefulness of side-scan sonar for studying cultural and natural features in other locations in the Thunder Bay area as well.

"What we're doing with the sonar is trying to see if we can detect it using different technology."

Some sonar images were collected this fall, and will be evaluated in the coming months to compare with the aerial images of the rocks.

Applying those images as a benchmark, the team will assess the validity of using side-scan sonar for these kinds of projects.

Hamilton said interpreting what the rock ring is all about will likely take much longer to complete. "We can see how big it is, we can see how many rocks are still visible ... and the basic configuration of the site.

"But the question of what it is is still completely up in the air."

Members of the public have already weighed in with theories ranging from a fish weir to a pile of rocks left over from dam construction to a ceremonial place such as a medicine wheel.  "I'm sort of mulling them over, trying to figure out how we might test all those various alternative explanations," Hamilton said, "and of course we can't do it if it's underwater.

He said it's largely an exercise in informed speculation until the time comes when further excavation work might be done when the lakebed is dry.

But the most important thing, he added, is to get a good sense of where the feature lies in order to protect it from any development of the banks of the Current River.