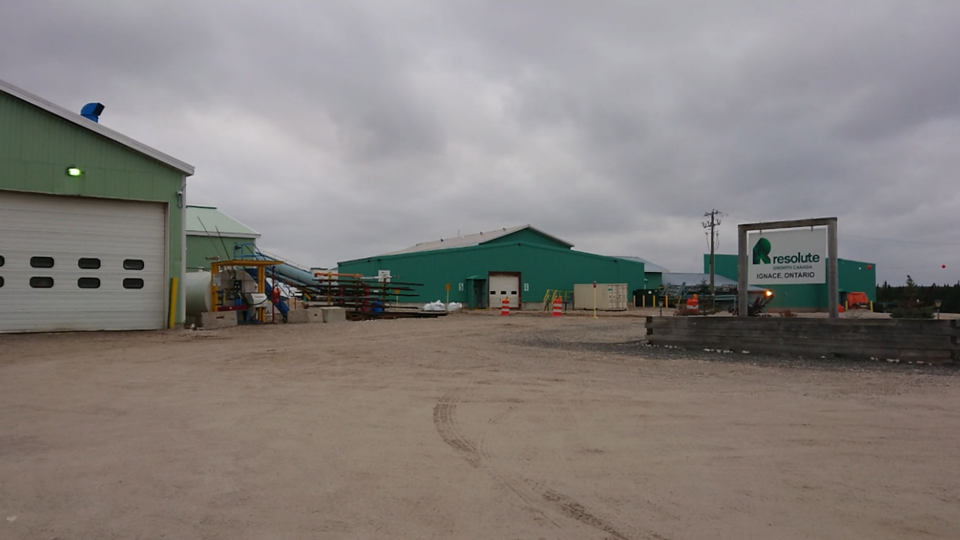 IGNACE, Ont. — Resolute Forest Products says multiple factors are contributing to the ongoing shutdown of its sawmill at Ignace.

The mayor of Ignace and a Steelworkers union official both said this week they have been told Resolute will not resume operations before next spring.

In a statement Thursday, the company said it has not made that declaration.

However, the statement did not provide any anticipated date for restarting the mill.

Seth Kursman, Vice President/Corporate Communications, said a cyclical downturn in the lumber markets has created a "very challenging" situation for many months, resulting in downtime at mills across North America, including Resolute's Ontario and Quebec sawmills.

Kursman also outlined a series of other issues affecting the Ignace mill, including:

The Kenora and Longlac mills currently are not operating.

Kursman confirmed that about 50 workers at Ignace are affected by the shutdown.

He said 10 of the 50 have been transferred to other operations.

"The situation at Ignace is further complicated as the two lumber drying kilns at the facility are out of commission and we are working to address this issue," he said.

"We are making a best effort to keep workers employed in the forest operations."