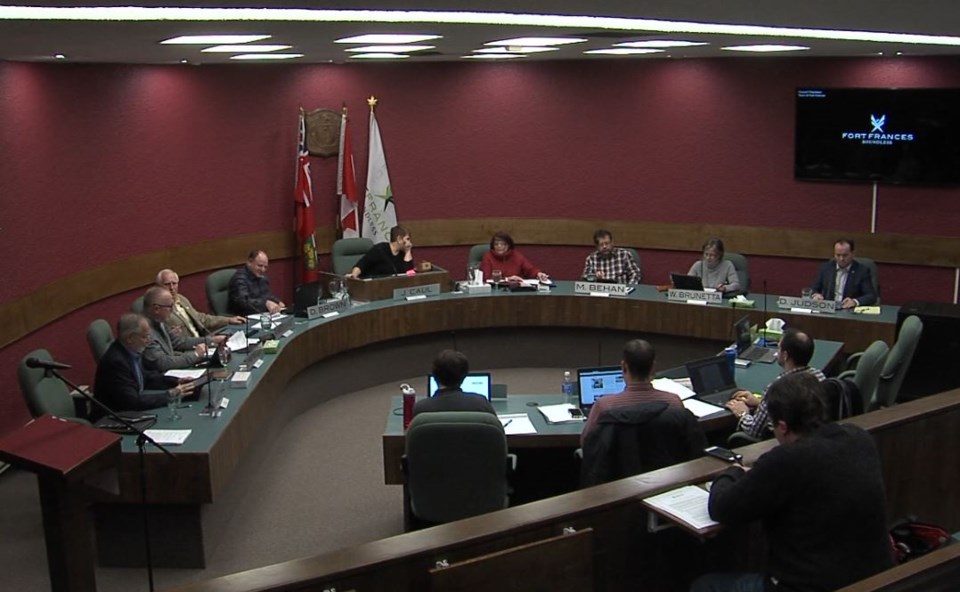 Councillor Douglas Judson had prepared a resolution critical of Resolute's handling of the disposition of the mill, saying its "prior representations of any intent to sell the mill to a new operator have been insincere."

The resolution would have been forwarded to provincial and regional elected leaders.

It was drawn up after Resolute informed the town it had signed a "backstop" agreement to sell the mill to a company which, it said, specializes in "the integrated revitalization of distressed industrial properties." The buyer would remove salvageable items before demolishing the mill, leaving the property available for other uses.

The transaction could close by May, but Resolute said it would still consider binding offers submitted by other parties by March 15.

According to Judson, consideration of his resolution was deferred Monday evening because "Resolute threatened legal action against the town."

Company Vice-President Seth Kursman told Tbnewswatch "it was a legal letter...we are certainly going to protect our interests."

According to Kursman, the resolution contained numerous false, misleading and defamatory statements about Resolute.

"It was important for Resolute to be on record disagreeing with the general content and spirit of the resolution," he said.

Kursman also said the company believes it is inappropriate for the town "to be essentially negotiating a contract in the public for one buyer versus another without all the facts."

The only other party publicly expressing interest in the mill is Repap Resources, a private six-member investment group that wants to convert the plant to produce the kind of heavy paper used for sugar bags and cement bags.

Judson has said Resolute's insistence that buyers such as Repap sign a non-disclosure agreement prohibits it from approaching the Ontario government about access to fibre from the Crossroute Forest.

He has also stated that the NDA, which Repap has declined to sign, is not a standard agreement. "You cannot buy a paper mill that you intend to operate if you cannot speak to government, because the province controls the licensing of wood rights," he said in an email to Tbnewswatch.

Kursman maintained that the NDA is standard, adding that unless Repap signs it, "they certainly won't be part of the bidding process."

After it closed the mill in 2014, Resolute retained cutting rights in the Crossroute Forest around Fort Frances. The forest supplies fibre to other Resolute operations in Atikokan, Ignace and Thunder Bay.

Kursman said the company's letter to Fort Frances on Monday invited town officials "to reach out to us to clarify the false and misleading statements" in the resolution.

Town council and administration are now considering their next steps.