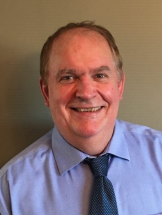 THUNDER BAY — David Cleaveley, a long-time resident of Dryden who now lives in Thunder Bay, has been awarded the 2018 Lieutenant Governor's Medal of Distinction in Public Administration.

It is the province's highest honour for public service.

Cleaveley retired at the end of last year from the Ministry of Natural Resources and Forestry fire program.

At the time, he was the Response and Operations Manager for the Northwest Region, overseeing fire management services and 800 staff located in 13 different work locations.

Cleaveley spent 44 years in Ontario's forest fire program, working his way up progressively from a member of a five-person fire ranger crew.

He was responsible for the planning and delivery of more than $100 million in capital investment to upgrade aging MNRF infrastructure.

In an announcement about his award, Cleaveley is cited for leadership and innovation in managing Indigenous initiatives, including a 2004 fire protection agreement between the MNRF and Grassy Narrows First Nation.

It was the first agreement of its kind in the province, and led to similar arrangements with other First Nations.

The announcement also said Cleaveley used his knowledge and experience to "drastically expand" Indigenous initiatives and entrench a collaborative partnership framework into policies, practices and procedures.

"David would actively reach out to Indigenous communities and involve them in the decision-making process," the statement said.

Cleaveley was scheduled to receive the Medal of Distinction from Lieutenant Governor Elizabeth Dowdeswell at a ceremony in Toronto on Tuesday, June 25.

The award was established in 1990.

The selection committee that reviews the nominations includes representatives from federal, provincial, and municipal governments, as well as the academic community.