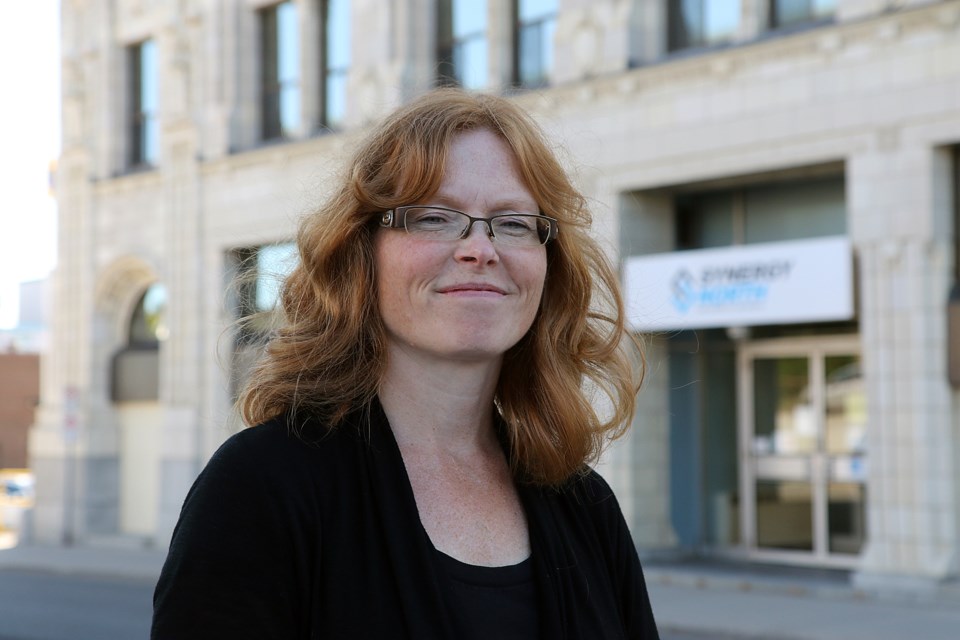 Charla Robinson, president of the Thunder Bay Chamber of Commerce, on Thursday, July 30, 2020 says the Canada United program could be a real boon to many local businesses. (Leith Dunick, tbnewswatch.com)

THUNDER BAY – As tough as Ontario’s new restrictions might be for the business community, the head of the Thunder Bay Chamber of Commerce says at least the rules are being more equally applied.

The rules force big box stores to close off non-essential aisles to consumers, and only sell them online or through curbside pickup, which levels the playing field for many local retailers who must close to in-person shopping during the four-week shutdown announced  on Wednesday by Ontario Premier Doug Ford.

“We are pleased to see the change that essential retailers, and those big box stores that have been allowed to be open all along, will now only be able to sell essential items. They’re not going to be able to sell items that small businesses haven’t been able to sell in stores,” Robinson said.

“So you don’t have a small business that’s competing in a curbside environment against a WalMart or whatever (where) they can pick it up in person. That really does help to level the playing field between the different types of retail.”

Robinson added that even though the stay-at-home order is painful, the new rules will at least provide some comfort knowing their customers will face the same options regardless of where they shop, which could open doors for local retail.

Robinson said it has become increasingly clear that in order to have a healthy economy one needs a healthy community.

With Ontario numbers climbing and staying over 3,000 new cases a day, despite dropping numbers in Thunder Bay District, the province was left with little choice.

“Clearly the virus is spreading at a rapid rate and we’re seeing doctors across the province really concerned with their ability to deal with it,” Robinson said. “We recognize that there was a need for the province to maybe take a look at the measures.

“But with that, we also know the government needs to make sure they’re providing support for these businesses, to get through this additional four weeks of shutdown.”

Vaccinations are the key to get Thunder Bay and the rest of Ontario out of the current COVID-19 situation, Robinson said.

That’s also going to require co-operation from all levels of government.