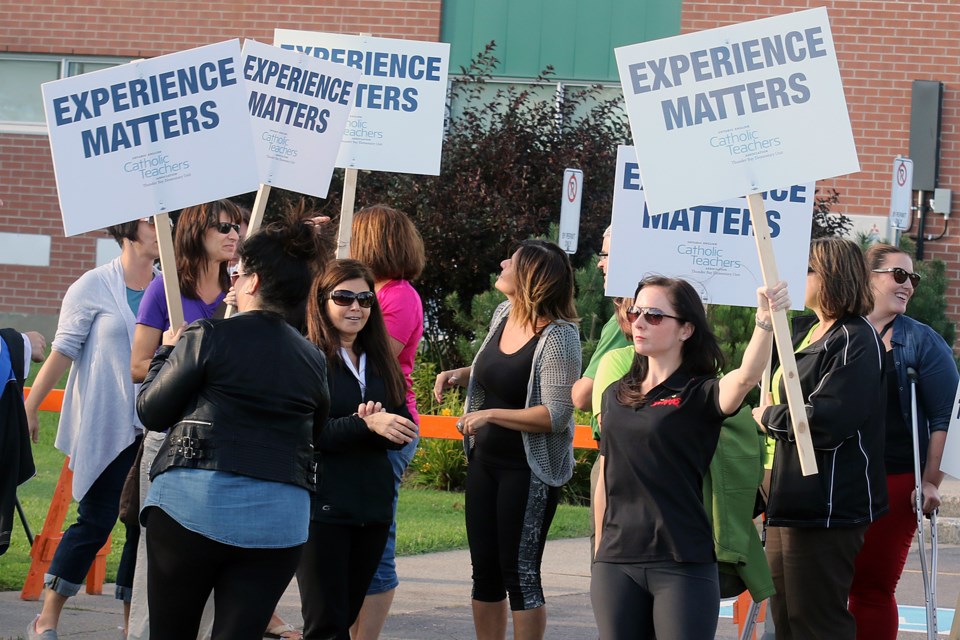 THUNDER BAY – With no deal yet in place, elementary teachers at the Thunder Bay Catholic District School Board plan to follow through on their threat to start a series of rotating strikes.

Grillo said classes will resume as normal at all schools on Wednesday as the union has not yet determined which schools walkouts will next occur at. The union must give 24-hours notice before any labour stoppage can take place.

The union leader said informal discussions were proposed to the board on Monday to see if a deal could be reached overnight before work-to-rule conditions escalate.

However, the meetings did not materialize.

"To facilitate the proposed talks we sent the board a new proposal on all outstanding items,” Grillo said in a release. “Everything that remains to be resolved now fits on one side of one page.”

Grillo said the board refused to meet, saying the offer on the table put them at an unfair disadvantage.

“Further, the board stated that it would only agree to bargain on Tuesday if the union agreed in advance to cancel the scheduled rotating strikes.”

Grillo said negotiations are now in the board’s hands.

The board has repeatedly said if the labour talks escalated to rotating strikes it would move to lock out all 380 elementary teachers, who have been in a legal strike position since last June.

At issue is the board’s internal hiring process. The union wants more say in who is hired, a major sticking point for the board’s director of education Pino Tassone.

“They say they want to negotiate, well, so do we. All the director has to do is call,” Grillo said. “

"We understand the outstanding items and we are ready to talk. Hopefully the board will agree to come to the bargaining table and work to resolve the impasse.”

No negotiations are scheduled at this time. The union has offered to go to binding arbitration, but the board to this point has declined the opportunity.