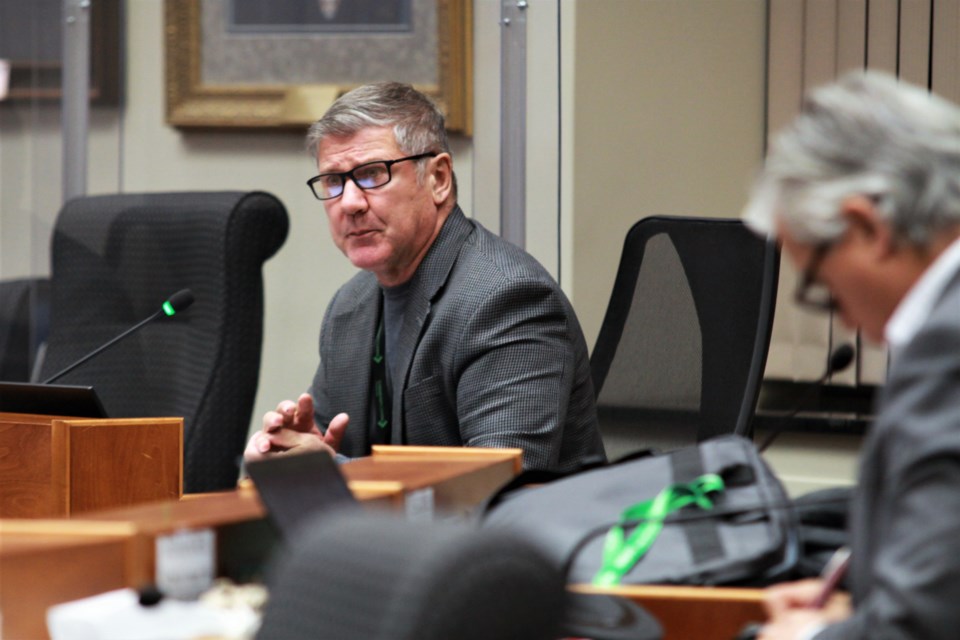 THUNDER BAY – City council wrestled with the question of completing the vision for a waterfront trail connecting Thunder Bay’s north and south ends Monday, with Coun. Aldo Ruberto calling for faster progress on the plan.

His enthusiasm was dampened somewhat by many others on council who expressed concerns over limited infrastructure funds, however.

“Multi-purpose trails are probably the number one quality of life infrastructure project that benefits the majority of people,” the at-large councillor said, arguing it was time to move waterfront redevelopment beyond Prince Arthur’s Landing.

A motion from Ruberto would have seen city administration develop an implementation plan to complete at least one kilometre of the trail per year, beginning in 2021.

The city has so far completed 1 of 17 kilometres of planned multi-use trail extensions along the waterfront, all near Prince Arthur’s Landing, staff reported Monday.

At that rate, Ruberto worried, the project wouldn’t be completed for 16 years.

While extending the trail has been identified as a long-term priority for over a decade by the city, there are currently no timelines or firm financial estimates for completion. The planned extensions are contained in the city’s Waterfront Trail Improvement Plan, passed by the previous council in 2016.

A 2014 estimate put the total cost at around $10 million, said the city’s director of engineering, Kayla Dixon.

Costs to build a kilometre of trail are approximately $500,000 on average, she added, but will vary wildly for different sections of the planned route, some of which will require new bridges and possible road widening.

There are also some areas on the planned route not yet owned by the city, Dixon said.

While Ruberto’s colleagues praised the spirit of his motion, few were willing to lend it their support in its original form.

Coun. Brian Hamilton argued the city simply couldn’t afford to take on new infrastructure projects, given how far behind it is on maintaining its existing assets – the city’s annual infrastructure gap is estimated at over $20 million.

“I get the intent, I like building quality-of-life infrastructure,” he said, pointing to recent council investments in the botanical conservatory and multi-use turf facility. “But we can’t just keep piling this on.”

Any commitment of capital funds to the trail would mean less money for other priorities such as road maintenance, addressing the lead pipe problem, or Boulevard Lake redevelopment, he added.

Coun. Mark Bentz agreed, saying major infrastructure spending should be considered as part of the city’s annual budget process, not in isolation.

“We can all raise our hands and say we love trails tonight,” he said, “but when it comes time to pay for it, you really have to say, ‘Okay, because we’re doing a kilometre of waterfront trail, this list of streets are not being paved; this infrastructure is going to wait another year to be refurbished.’”

That perspective found favour with most other councillors. An amendment from Coun. Andrew Foulds removing the one-kilometre-per-year requirement and the direction to begin in 2021 passed unanimously.

Ruberto had preferred those requirements to “tie administration down to a commitment” to ensure the project moves forward in a timely fashion, he said, but welcomed some form of progress on the plan.

City administration is now tasked to report back with a potential implementation plan for the trail’s construction by the end of June.

Staff will also bring a report on work that could be completed in the nearer term in time for the 2021 budget process, which begins in December.