All six rural municipalities surrounding Thunder Bay have passed resolutions opposing a provincial proposal that would require septic fields to be pumped out every five years.
Apr 1, 2017 11:32 AM By: Jon Thompson 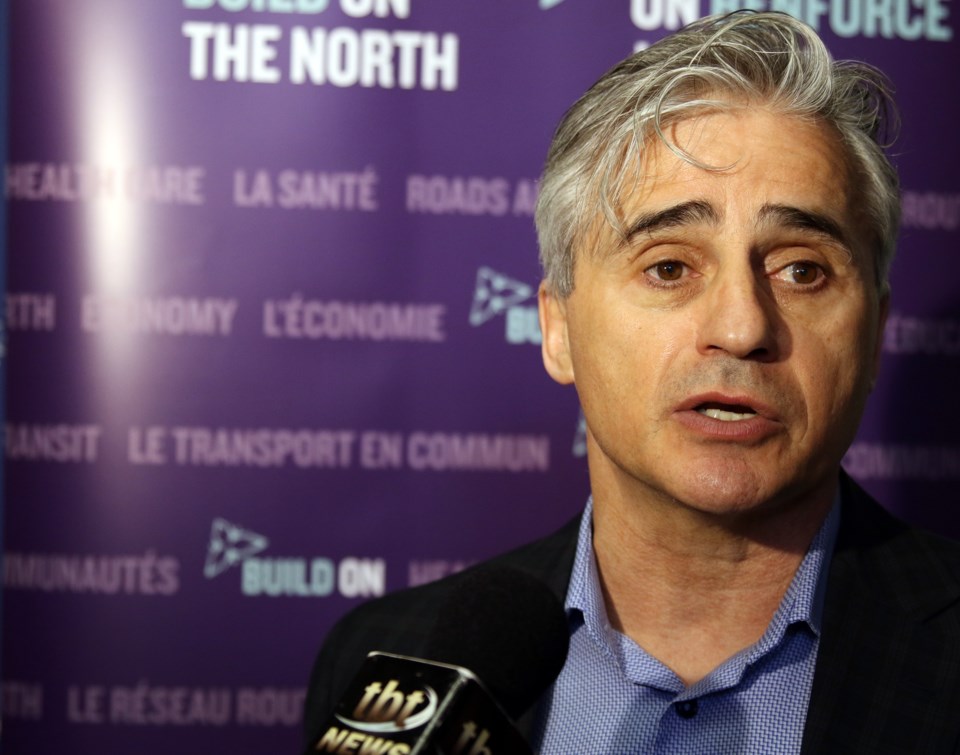 Thunder Bay-Atikokan MPP Bill Mauro is also the Minster of Municipal Affairs, the ministry that is consulting on proposed changes to the Ontario Building Code regarding septic fields.

THUNDER BAY -- Draining septic tanks is a dirty job but somebody has to do it. If suggested provincial regulations are approved, that somebody might have to do it more often.

All six rural communities surrounding Thunder Bay have passed resolutions opposing a proposed change to Ontario's Building Code that would require residential septic tanks to be drained every five years or when they're one-third full, whichever comes first.

Shuniah, Neebing, Oliver-Paipoonge, Conmee, Gillies, and O'Connor councils are requesting the province add provisions in the proposed changes that would exempt rural residential homeowners, should regulation changes go ahead.

"We all know when it's time to have our septic tanks pumped out and we pump it out," said Oliver-Paipoonge Mayor Lucy Kloosterhuis, whose own tank hasn't been pumped since 2006.

"We more or less told them, 'mind your own business,' kind of. Nobody tells us when we have to clean out our chimneys for our wood stoves or pump out our septic tanks. They're just getting a bit too much in our face."

The proposal would put responsibility on the municipalities to ensure tanks are pumped in five-year intervals.

Conmee CAO Patricia Maxwell pointed out lot sizes in her community are no smaller than five acres as she argued there's enough space for replacement septic fields to be installed on any property if existing systems fail.

“Small municipalities don’t have the capacity to look after these kinds of things,” Maxwell said.

“We don’t believe it’s something that is necessary in rural municipalities with such large lots.”

Engineer Gordon Cuthbertson has served as chief building official for Gillies, Conmee, O'Connor and Neebing, the latter of which drafted the resolution the communities all passed within the last few weeks.

Cuthbertson is most concerned with an energy efficiency requirement that drain water heat recovery systems be installed in all new residential constructions. They recover heat from shower drain water to preheat water then used in the home.

He's calling for residential septic fields to be exempt from that regulation as well.

"Septic tanks require heat to effectively break down the effluent in the tank," Cuthbertson expressed in a written statement.

"In the winter months when the surrounding ground is frozen, heat from sources such as showers aid in providing heat to the septic tank and aid in the breakdwon process. Any heat lost to a heat recovery system on the shower drain water is detrimental to the septic system."

Thunder Bay-Atikokan MPP Bill Mauro is responsible for building code regulations in his role as Minister of Municipal Affairs. He stressed consultations are still underway and he expected to hear these types of concerns to rise from Northern Ontario's rural communities.

"It was very apparent to me from the very beginning that this would be a point of contention, especially for northern communities," Mauro said.

"I’ve raised this with my staff already so we’ll be very interested and paying close attention to the comments and the concerns that are expressed back to us through the consultation."