With Goldcorp on board as a sponsor, this year's event will have a wide-open Christmas theme.
Oct 10, 2018 2:29 PM By: Leith Dunick 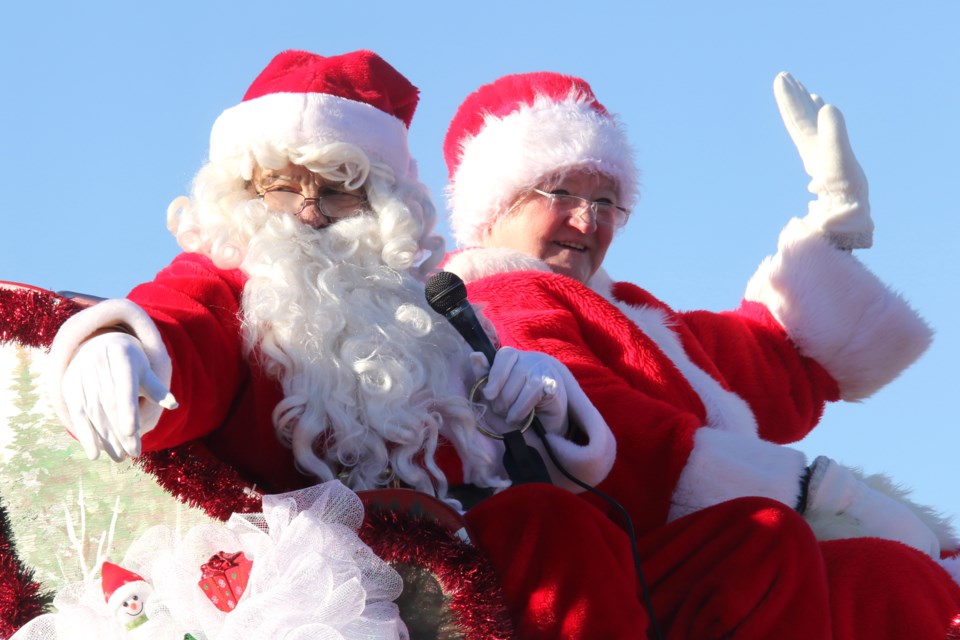 THUNDER BAY – As snow begins to make its return to Northwestern Ontario, Rotarians in Thunder Bay are starting to think about Christmas.

In particular, the annual Santa Claus parade is on their minds.

Organizers on Wednesday revealed the details of this year’s event, the 28th annual, which is scheduled to begin at 10 a.m. on Saturday, Nov. 17 from the Real Canadian Superstore parking lot.

Warren Philp, co-chair of the event, said this year’s parade has brought a new sponsor, Goldcorp, on board, and unlike past years, won’t feature a theme for participants to follow.

“Doing a scan of Santa Claus parades throughout the continent, why limit things for potential participants? Our fear is that if you have a theme, per se, there might be a would-be participant out there that fits with that theme, so we’re not going to choose to participate,” Philp said.

“So we’ve chosen not to have a theme, but we’re giving people lots of great ideas for how they can showcase their organization and be a significant part of the parade.”

Philp said regardless of float design, the Santa Claus parade has become part of Thunder Bay’s cultural fabric, the kick-off to the Christmas season.

“It would be an absolute shame if we didn’t have a daytime Santa Claus parade here for families to participate in on a Saturday that sort of kicks off the holiday season,” Philp said.

Adding Goldcorp to the mix helps cover the estimated $10,000 cost to host the parade, Philp saying they like to ensure every last possible dollar collected over the course of the year be donated to worthy causes.

“We base our business on being safe enough for our families. These types of events are great community events for our families. Not only does it give our employees from Thunder Bay an opportunity to attend and partake in the parade, but also the community,” Gula said. “We’ve worked hard the last number of years from a corporate perspective in the city of Thunder Bay and this is one of those ways that we give to make it happen.”

For more information or to enter a float, visit http://www.fwrotary.ca/Information.cfm.