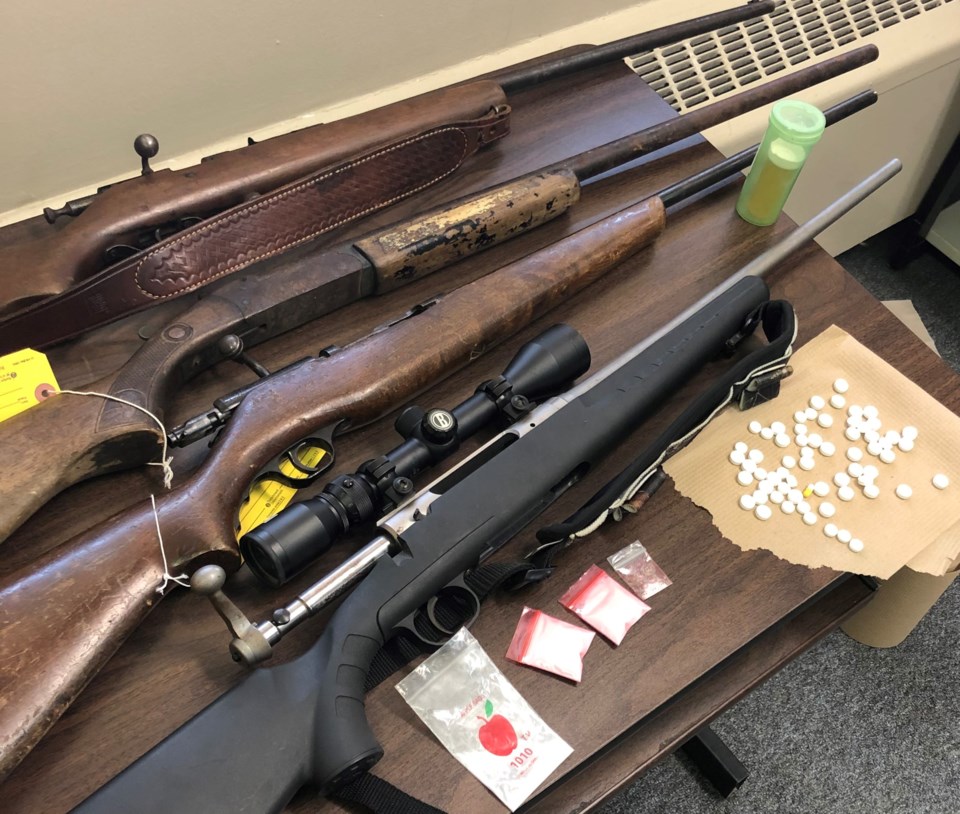 MARATHON, Ont. – A search warrant at a residence in Pic Mobert First Nation has led to the arrest of four individuals Friday morning.

According to a release, the search resulted in the seizure of a suspected cocaine and oxycodone table with an estimated street value of $4,000.

A 23-year-old from Pic Mobert First Nation was charged with possession of a substance included in schedule 1 for the purpose of trafficking opioid, Possession of a schedule 1 substance cocaine, and four counts of breach of firearms regulation, store firarm or restricted weapon.

Police also charged a 53-year-old, a 19-year-old and a 58-year-old, all from Pic Mobert First Nation with possession of a substance included in schedule 1 for the purpose of trafficking opioid, and four counts of breach of firearms regulation, store firarm or restricted weapon.

All were arrested and released with a court date of April 23 in Marathon to answer to the charges.