THUNDER BAY – When Ontario Northland motorcoach driver Trevor Holliday started a petition in March calling for Northern Ontario's independence, he never envisaged becoming the leader of a political party with the aim of making it a reality.
Jon Thompson Aug 3, 2016 8:54 AM Aug 3, 2016 9:22 AM

THUNDER BAY – When Ontario Northland motorcoach driver Trevor Holliday started a petition in March calling for Northern Ontario's independence, he never envisaged becoming the leader of a political party with the aim of making it a reality.

That’s exactly what happened within only a season.

“I go from saying I’ll never get involved in politics and now look at me,” Holliday said. “I’m jumping in with both feet.”

Elections Ontario listed the Northern Ontario Party among the list of registered parties on July 28, breathing new life into a four-decades-old separatist movement with Holliday as its party leader.

The NOP inherits the mantle of the Northern Ontario Heritage Party, the separatist party which gained prominence in the 1970s and was disbanded in 1985, only to be re-launched in 2010.

Holliday has modeled his vision after a phrase in American President Abraham Lincoln’s Gettysburg Address, declaring the party will be “for the people, by the people and of the people.”


Although it will remain true to its separatist roots, Holliday has taken a pragmatic approach to the constitutionality of breaking up a province. He pointed to the Quebec separatist movement and the recent United Kingdom Brexit split with the European Union as confirmation of the need for patience, adding it took nine years for Canada to recognize the Territory of Nunavut.

He’s setting his sights on gaining the trust of the 11 seats that comprise Northern Ontario’s voice in the provincial Legislature.

“The way the government is set up, it won’t happen by just my petition,” Holliday said.

“If we have 11 ridings, the government’s going to be forced to listen to what those 11 want. It’s a longer process but the way I look at it is, we have to go through the process. It’s going to be a party that’s straight-forward, transparent and listens to the people.”

When the NOP hits the polls for its first election in 2018, its candidates will focus on a manufacturing policy that sees value added to raw resources as close as possible to the source, within reason. 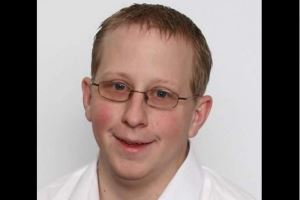 “The resources belong to Northern Ontario. They don’t belong to different countries they’re being shipped off to. The resources are becoming products of the province and the country, not the people who live around them,” Holliday said.

“The province takes a big chunk. You look at De Beers and the communities around them that are getting the shaft. It’s coming out of the ground. The jobs should be for the people who live in that area.”

Despite having announced his retirement shortly after Holliday wrote his petition Northern Ontario Heritage Party founder Ed Deibel  will serve as the party’s president at the age of 84.

“You don’t let an icon sit back and whittle away. Ed’s not sitting back. He’s moving forward,” Holliday said.