Offices reopened on Tuesday,but public has been asked to use online options unless absolutely necessary.
0
May 22, 2020 11:01 AM By: Leith Dunick 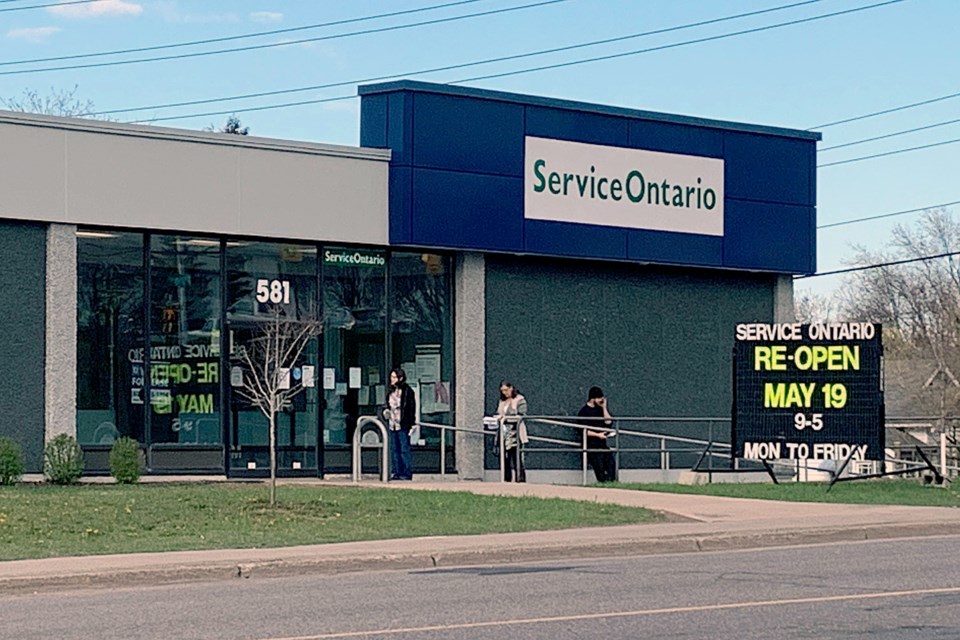 Customers stand in line outside a Service Ontario office on Red River Road in Thunder Bay on Friday, May 22, 2020. (Leith Dunick, tbnewswatch.com)

Lines are also forming at Thunder Bay’s two privately-operated locations, but it appears at much more manageable levels. By 8:45 a.m. on Friday, 15 minutes before the Red River Road location was set to open, only a handful of people were standing in line.

While the province has asked the public to only visit Service Ontario offices if absolutely necessary and has extended the expiry date on a number of products including license plates, local Liberal MPP Michael Gravelle said it’s good to see the sites reopening.

“Service Ontario is a very important part of the operation for the average citizen in Thunder Bay and certainly across the province. So to have a Service Ontario office open here I believe is a good thing. People still need to renew their driver’s licenses and do a number of other things that can only happen at Service Ontario.”

The province has been criticized, particularly in southern Ontario, for not opening enough locations or reducing hours, resulting in lengthy waits.

According to the Ontario government website, all three Thunder Bay locations are now open. Two of the locations, Red River Road and Balmoral Street, are open on weekdays from 9 a.m. to 5 p.m. and the third, on James Street, is open 9 a.m. to 4 p.m. The latter location did not close during the COVID-19 pandemic, as it is operated by the province.

On Thursday, Premier Doug Ford was asked about the situation and said he’d like to see more locations opened.