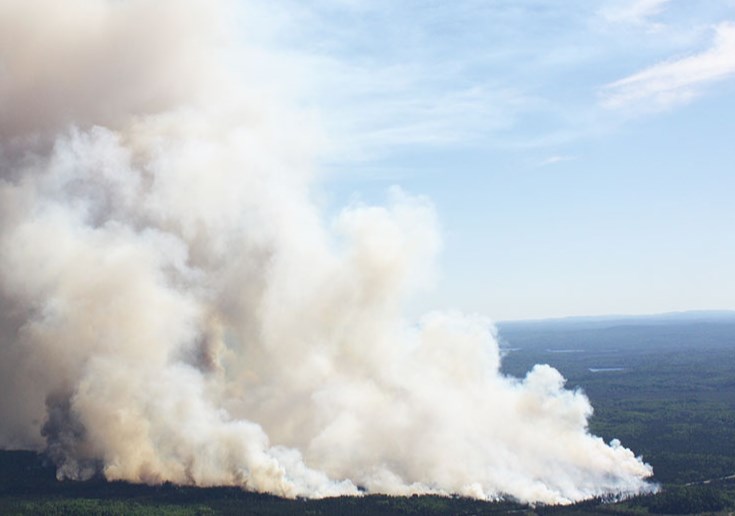 By Monday night, more than 700 people had left three First Nations to seek shelter elsewhere because of the proximity of fires, and others are following.

About 400 of these evacuees were taken to Thunder Bay.

Potentially hundreds more people from these communities may require shelter, but Brent Ross of the Ministry of the Solicitor General said Tuesday afternoon that the situation remained fluid, and individuals were still in transport to host communities.

Ultimately, 500 Deer Lake residents and 600 to 800 Pikangikum residents are expected to relocate until the fire threat recedes.

Ross said the government appreciates the ongoing collaboration with Dryden acting as a hub for evacuees along with Greater Sudbury and Timmins as they prepare to provide additional support.

According to Ross, no other First Nation communities have requested evacuations due to forest fires at this time.

The Ministry of Northern Development, Mines, Natural Resources and Forestry said "patchy rain" fell Monday night over some forest fires in the Red Lake and Kenora districts – including the Deer Lake area – but the fire situation generally remains "very challenging" in the Northwest.

In an interview Tuesday afternoon, Chris Marchand at the firefighting operations centre in Dryden said strong wind, especially in the Red Lake district, caused some aggressive fire behaviour on Monday.

In some cases, he said, smoke has been so heavy that it has even hampered the ministry's ability to use waterbombers over fires.

Marchand added that the current drought-like conditions require sustained rain to mitigate the fire hazard, but the five-day weather forecast only points to the potential for more large-scale fires.