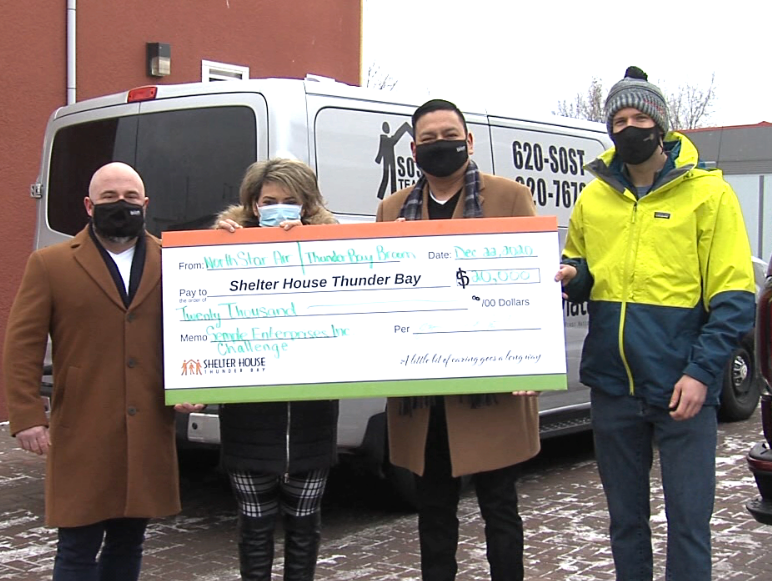 THUNDER BAY — Two Thunder Bay companies have stepped forward to accept a challenge from another business that recently donated $10,000 to Shelter House,

Semple issued the challenge on Friday when he delivered a cheque to honour his late ex-wife.

As both Semple's business partner and close friend, Massaro said he understood the importance of supporting the shelter.

"I understand that not everyone can donate $10,000, however every donation has an impact...The work being done by Shelter House is needed now, more than ever."

Stout, who also knows Semple on a business and personal level, said he knows how much the shelter means to the community.

"This last year has been challenging in ways that many of us will never understand, and I am thankful to support Shelter House which supports others," he said.

Semple said he hopes others will now be inspired to contribute as well.

Shelter House representative Kimberley Kennedy said "We are absolutely overwhelmed by the generosity we have received from TItus's challenge."