Move will allow for a six-team rotation, with the Kings U16 squad taking on the midget team not in the current cohort to allow for a universal 14-day reset period before switching up competition.
Dec 5, 2020 4:09 PM By: Leith Dunick 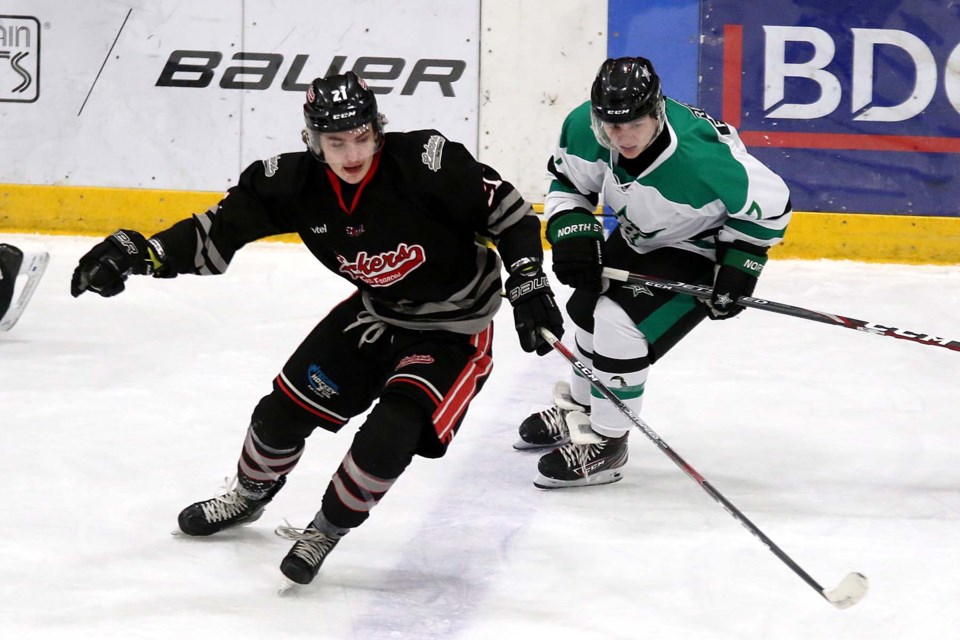 Professional golfers played the Masters in November and baseball adopted the universal designated hitter and started a runner on second in extra innings.

The Superior International Junior Hockey League is no exception. Faced with an odd number of teams and a required 14-day reset period to switch opponents that would leave one team out of competition for at least 30 days, commissioner Darrin Nicholas says he thinks they've come up with a solution that will work not only for the SIJHL, but local midget teams too.

The league on Saturday announced they are bringing aboard the Kenora Thistles U18 and Thunder Bay Kings U18 teams, who will rotate in and out of the schedule to provide an even number of teams to allow for a universal two-week reset period.

An eighth team, the Thunder Bay Kings U16 squad, will take on whichever of the midget teams isn't in the current SIJHL cohort.

It's a win-win for everyone, said Nicholas, who was facing the possibility of a five-team circuit in 2020-21 that threatened to leave the Fort Frances Lakers on the outside looking in with no way to effectively work them into the schedule.

The two American teams, the Wisconsin Lumberjacks and Thief River Falls Norskies, remain in limbo with the Canadian border closed until at least Dec. 21 – and not expected to open before the new year.

There's nothing wrong with a little outside-of-the-box thinking, Nicholas said.

“I know there was talk about incorporating U18 teams in the Quebec Tier II junior hockey league, but as far as I am aware ours might be the only league acting upon it.” Nicholas said. “As we were searching for a solution, we wanted to see if it could be as inclusive as possible. We really view our league as stewards of elite hockey in Northwestern Ontario.

“Both the Thistles and Kings programs are crucial programs to our league, and to allow them each an opportunity to participate and develop is frankly in our own best interests as well. It would have been an unenviable position to have to choose one over the other.”

Games against the two midget teams will not count in the standings, nor will statistics from games against U18 competition be factored into any season-long awards, like the scoring title.

For the Thistles and Kings, it's a chance to play some competitive hockey against next-level opponents.

The Kings were slated to play in the Greater Toronto Hockey League, but with cases counts rising in southern Ontario, league officials pulled the plug on the 2020-21 campaign.

“It’s an honour and a privilege to be invited to participate in the SIJHL schedule. Our U18s will benefit from a high level of competition at the Junior A level and our U16’s will only improve as a result of their game competition against the Kenora Thistle U18AAA’s and the Kings’ own U18 team,” said Kings president Michael Power.

The Lakers, who have yet to play this season, will get their first taste of action on Sunday afternoon at home against the Thistles, the first of five games between the two teams before the Christmas break. They will play against the three western teams this season, a group that also includes the Dryden Ice Dogs and Red Lake Miners.

“With the impact of COVID-19 affecting so many, we are happy to be able to play against SIJHL competition this season. It’s an opportunity to further develop players and ultimately give the kids a chance to see where they stand against older Junior A competition,” said Thistles president Andrew Koch.

The Kings will take on the Thunder Bay North Stars and expansion Kam River Fighting Walleye.